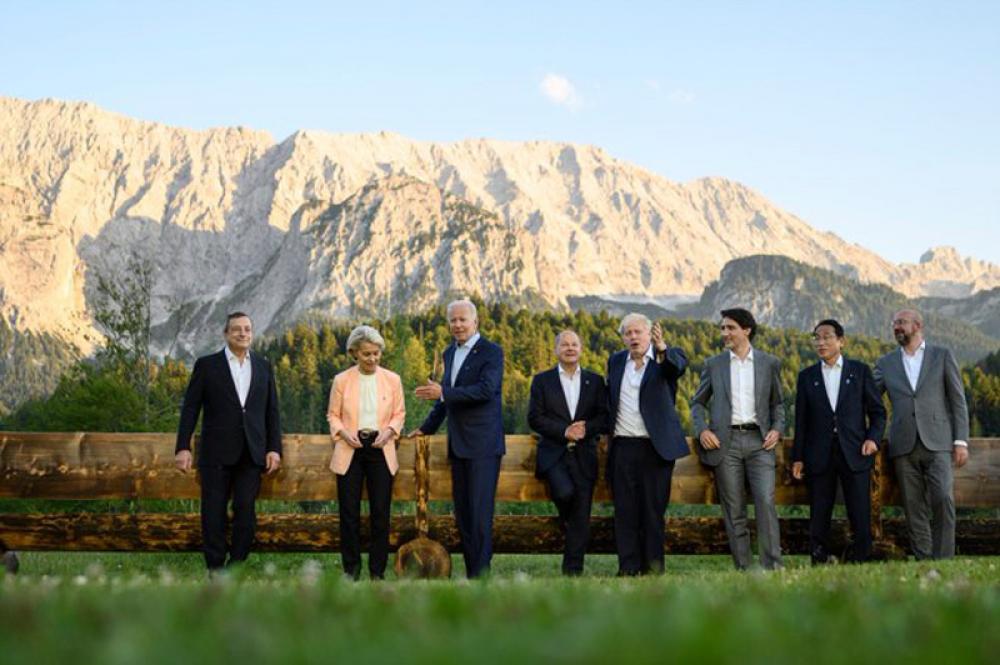 Munich: To counter China's Belt and Road plan, the G7 leaders have detailed plans to mobilise $600 billion in funding for the developing world.

The Partnership for Global Infrastructure and Investment (PGII) has re-launched a scheme that was released at last year's G7 talks in England.

US President Joe Biden said that the plan would bring returns for everyone.

He said, "I want to be clear. This isn't aid or charity. It's an investment that will deliver returns for everyone."

The scheme would allow countries to "see the concrete benefits of partnering with democracies," BBC quoted him as saying.

The plan has called on G7 leaders to raise $600 billion over five years to fund the launch of infrastructure projects in middle and low-income countries.

The US has promised to raise $200bn (£162bn) of the total through grants, federal funds and private investment, while the EU has announced a further 300bn euros (£257bn), BBC reported.

According to BBC, some of the highlighted initiatives include a solar-powered project in Angola, a vaccine manufacturing facility in Senegal, and a 1,609 km submarine telecommunications cable connecting Singapore to France via Egypt and the Horn of Africa.

European Commission President Ursula von der Leyen said the project was aimed to present a "positive powerful investment impulse to the world to show our partners in the developing world that they have a choice".