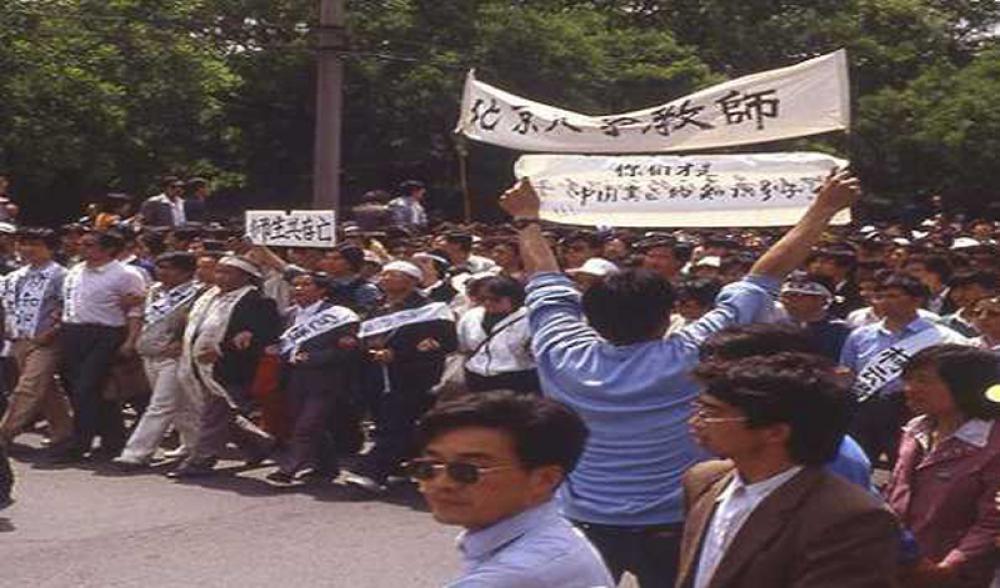 Hong Kong:  At least six people were arrested in Hong Kong as the authorities attempt to restrict public commemoration of the Tiananmen Square massacre.

The Hong Kong citizens held candlelight vigil to mark the 33rd anniversary of 1989 crackdown in Beijing.

In 2020, China had banned the city's annual public vigil.

BBC quoted the Hong Kong Police as saying that five men and one woman had been arrested on Saturday in the vicinity of Victoria Park, where a candlelight vigil marking the 1989 crackdown in Beijing would have been held.

However, the heavy police presence had failed to deter some Hongkongers from approaching the park and conducting their own acts of commemoration in defiance -- by holding up electronic candles and phone flashlights or quietly singing songs of remembrance, CNN reported.

One of the attendees of the vigil who is also a volunteer for the Tiananmen Mothers Campaign said, "It's heartbreaking to see (Victoria Park) like this. Hong Kong has sunk far and fast into a police state."

On Friday, the authorities said, "Police noticed that some people have been spreading messages on the Internet to incite others to take part in unauthorised assemblies at Victoria Park and in Causeway Bay on June 4.

"The Leisure and Cultural Services Department would close part of the Victoria Park including the central lawn, football pitches and basketball courts from 11 pm on June 3."

It further said that participating in an unauthorised assembly risks committing offences under the Public Order Ordinance, and on conviction, will bring a maximum penalty of five years' imprisonment.