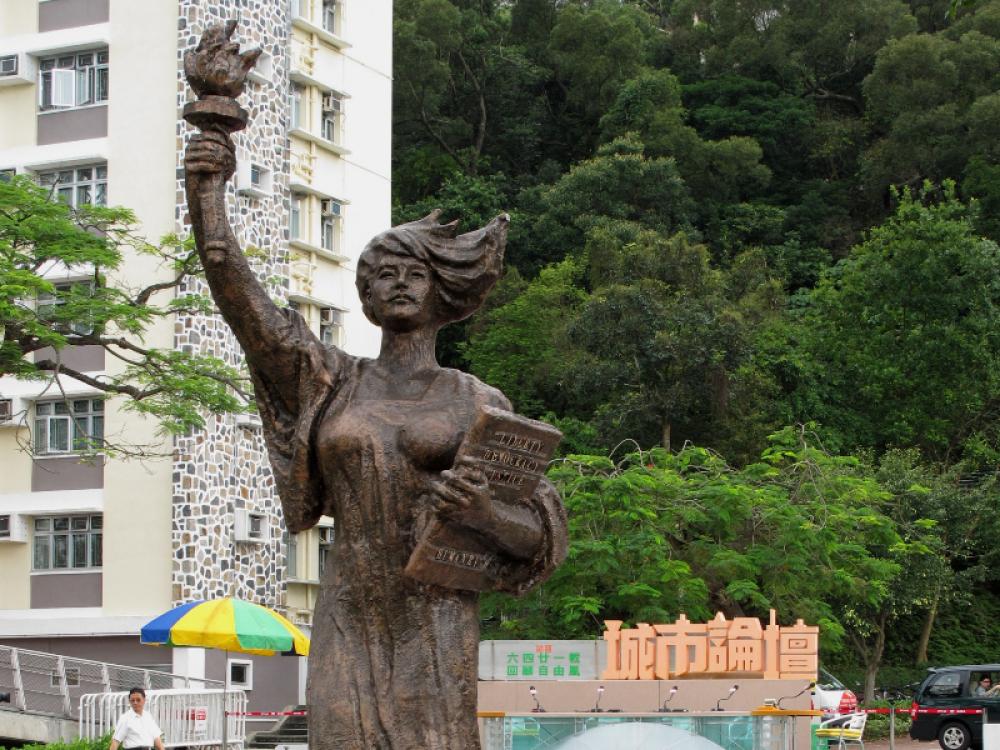 File image of the 'Goddess of Democracy' statue on the campus of the Chinese University of Hong Kong which was removed last year. Photo by WiNG via Wikimedia Commons

Hong Kong: Hong Kong University students have hid the tiny figurines of a "democracy goddess" around campus in the lead-up to the anniversary of the Tiananmen Square massacre, media reports said.

Hong Kong remained one of the regions in China where the June 4, 1989 event was marked even recently.

Public vigils were also held during those years.

The figurines created by students at the Chinese University of Hong Kong (CUHK) are a copy of the "Goddess of Democracy" statue which was pulled down by university officials last December, the British media reported.