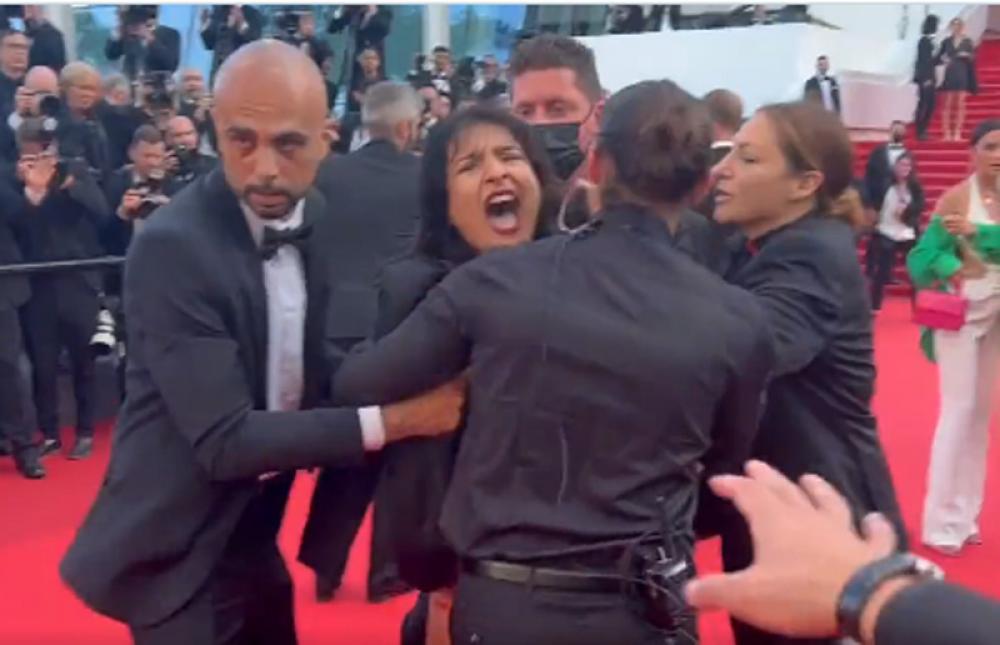 Wearing only undergarments drenched with blood-red paint, the screaming woman had the Ukrainian flag sprayed across her chest with the words “Stop raping us”.

The word “scum” was also written on her lower back.

Video posted to Twitter showed security personnel covering up the woman and escorting her off the carpet.

On the Cannes red carpet for George Miller’s new movie, the woman in front of me stripped off all her clothes (covered in body paint) and fell to her knees screaming in front of photographers. Cannes authorities rushed over, covered her in a coat, & blocked my camera from filming pic.twitter.com/JFdWlwVMEw

The gatecrasher's protest comes amid the ongoing attack on Ukraine by Russia, which invaded the country on February 24 dawn.

This week, Ukrainian authorities identified a Russian soldier they suspected of committing war crimes, including alleged involvement in the gang rape of a young girl during the occupation of a village outside Kyiv, the New York Post reported.