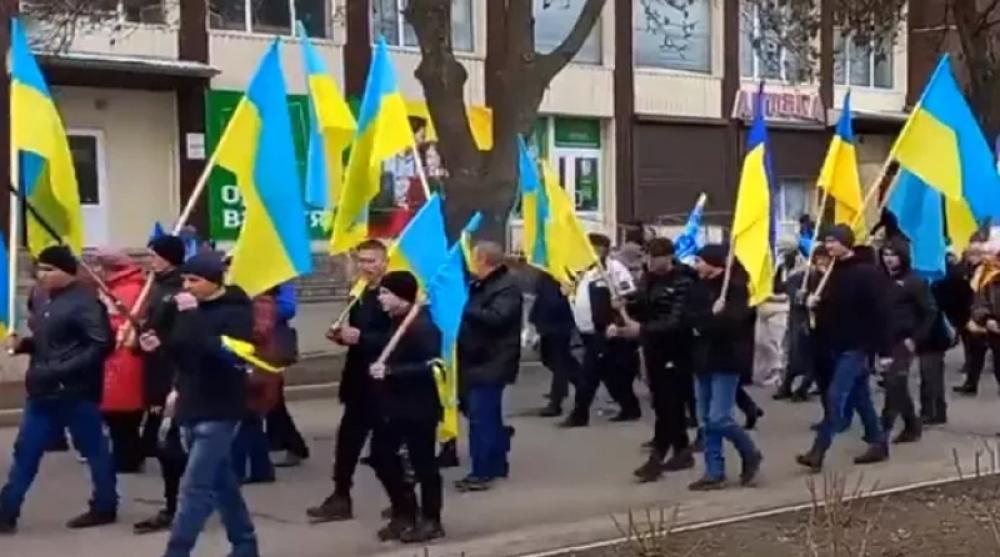 Canberra: As Russia continues to attack Ukrainian cities and civilians, there has been a sharp increase in anti-war protests worldwide.

BBC quoted Dmytro Matsypura, a university professor in Sydney, as saying, "I can do much more being here and helping, but if necessary I have no reservations to pick up a gun (and) go."

"My father is sitting with his hunting rifle - at the window - waiting for the invaders to come in so that he can shoot them, and my father is over 70 years old."

Speaking about his family, who is in Ukraine, the professor said, "We don't sleep very much. It's a nightmare I wouldn't wish on anybody. The whole invasion fills me with rage towards this army that came to invade us, and I have a hard time containing that."

In St Andrews Ukrainian Catholic Church on Sunday, the Melbourne-born priest, Father Simon Ckuj, tells the congregation that forgiveness is a virtue.

He said, "If we allow ourselves to be overcome by our human passions, by our anger and, God forbid, by our hatred, then we are fallen. We become no better than the enemy doing the work of the evil one."

Speaking on the Russian invasion, Father Ckuj said, "At first it was shock. Now it is an uncontrollable grief. Do we pray for (Vladimir) Putin? Yes, we have to pray for Putin for his conversion, for him to withdraw from Ukraine, for him to do penance and for him to face the consequences of his actions."

Teresa Huzij, whose grandparents fled Ukraine after World WarII, said, "I am proudly Australian but… being Ukrainian is part of my identity."

"My mother's mother, who is still alive at almost 99 years of age, said 'it's happening again'. She came… because Australia was the only country who would take her as a widow with a child.

"I have family on my mum and dad's side in Ukraine and I am messaging them every day by social media, hearing from them. It is excruciating. But Ukrainians have always been and will always be free because that is who we are. According to BBC, Ukrainians have a long history in modern Australia as one of the first migrants was a soldier who sailed to Australia in the 1860s and started a sheep farm.