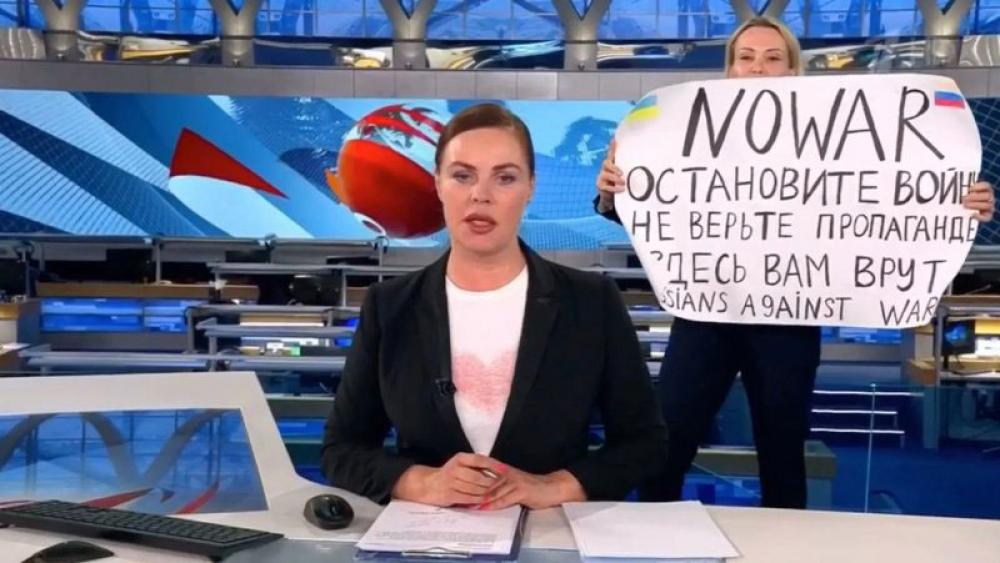 Moscow: A Russian journalist, who grabbed international attention after she burst on to a live TV news programme to protest against the ongoing war in Ukraine, has gone missing, media reports said.

Marina Ovsyannikova, an editor at state-controlled Channel 1, was detained after she ran on to the set on Monday holding an anti-war sign, reports BBC.

The anti-war sign read: "No war, stop the war, don't believe the propaganda, they are lying to you here."

Her whereabouts are not known at present.

This is fantastic. A brave woman interrupted Russian state TV’s live broadcast with a sign that says: “Stop the war. Don’t believe propaganda. They’re lying to you here." It was signed: "Russians against war.”pic.twitter.com/673cO668nM

Ovsyannikova's lawyers say they have been searching for their client but have been unable to find her, BBC reported.

One of them, Anastasia Kostanova, told BBC Russian she had been trying to reach Ms Ovsyannikova by phone but her calls had gone unanswered.

Kostanova said she "spent the whole night looking" for the missing journalist.

"This means that they are hiding her from her lawyers and trying to deprive her of legal assistance and, apparently, they are trying to prepare the most stringent prosecution," Kostanova said.

Police arrested her over a new law that bans calling Russia's military action in Ukraine an "invasion" or spreading "fake news" about the conflict, reports BBC.