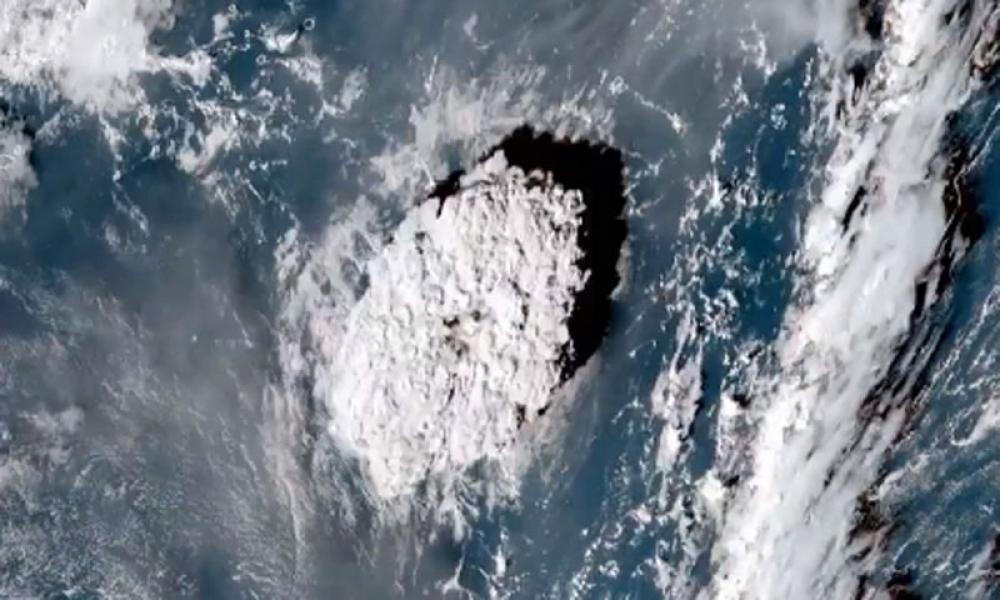 Tonga island nation was hit by Tsunami waves that were triggered by a giant underwater volcanic eruption on Saturday, media reports said.

The eruption of the Hunga Tonga-Hunga HaÊ»apai volcano sent shockwaves across the  South Pacific region.

Satellite image of the Volcano Eruption in Tonga ðŸ‡¹ðŸ‡´. pic.twitter.com/9fuMZXgdme

One Tongan resident, Mere Taufa, told Stuff the eruption hit the region when her family was preparing for dinner.

“It was massive, the ground shook, our house was shaking. It came in waves, my younger brother thought bombs were exploding nearby,” Taufa told Stuff.

"My first instinct was to take cover under the table, I grabbed my little sister, and screamed at my parents and others in the house to do the same," she said.