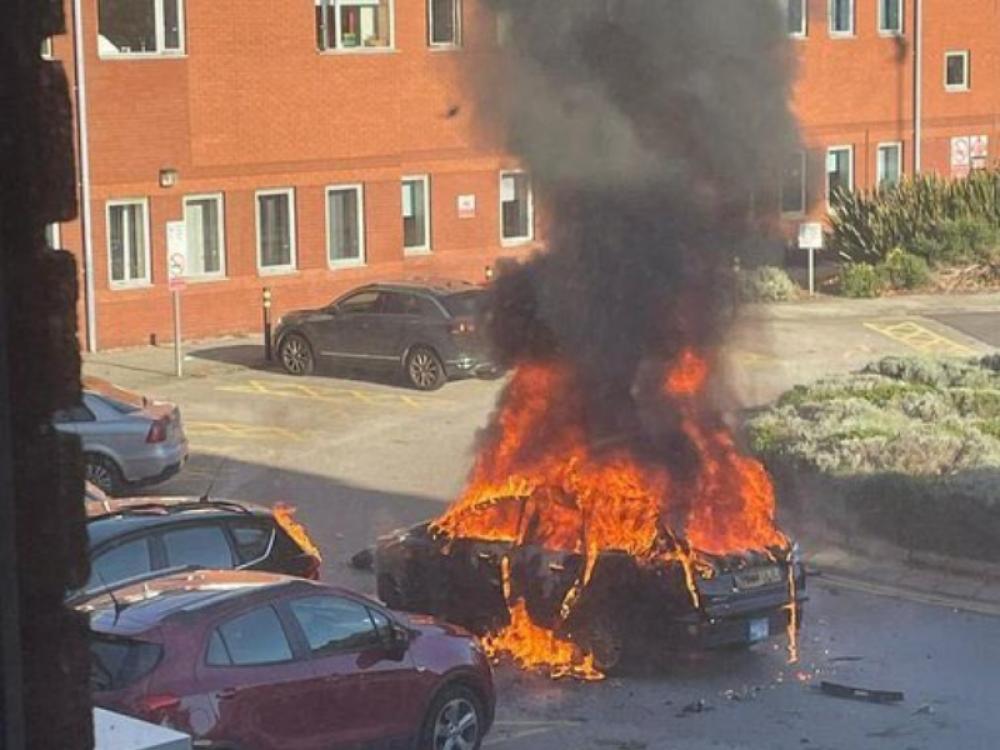 Screengrab from Twitter video of explosion outside Liverpool hospital

London (JEN): The UK police have declared the car blast outside a hospital in Liverpool a "terrorist incident" and said a man believed to have brought an improvised device into a taxi which exploded, killing a person and injuring another.

Investigators said they believe the passenger had boarded the taxi with an "improvised explosive device" which suddenly went off at a drop-off zone near the entrance of Liverpool Women's Hospital, which specializes in a range of women's healthcare fields, including midwifery and postnatal care, gynecology and terminations of pregnancy, just before 11 am. local time (GMT) on Sunday.

Police said the passenger died in the explosion while the driver of the taxi, identified as David Perry, managed to escape the vehicle after the blast with minor injuries.

Local administration said cabbie David Perry, who was declared a hero by Liverpool Mayor Joanne Anderson for locking the suspect inside the taxi, was rushed to a nearby hospital and he has been released from the health facility after treatment. 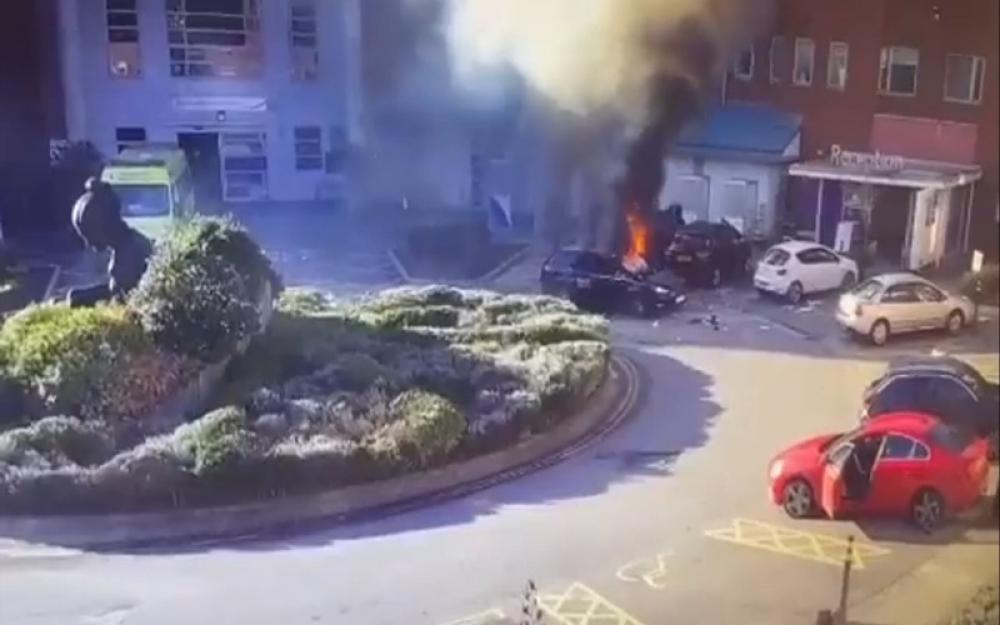 According to police, four men— all aged in their 20s, who were believed to be "associates" of the taxi passenger— have been arrested under Section 41 of the Terrorism Act in connection with the incident.

Sources said three men— aged 29, 26 and 21— were nabbed from one address in Sutcliffe Street in Kensington on Sunday evening, while the fourth man, aged 20, was later arrested from another location in the Kensington area.

Head of Counter Terrorism Policing North West, Russ Jackson, said investigators knew the identity of the suspect but would not confirm it at this stage.

"The motivation of the suspect is yet to be understood," Jackson said.

The senior police officer said the suspect had boarded a cab operated by Delta Taxis from Rutland Avenue near Sefton Park, and asked the driver to take it to Liverpool Women's Hospital, which was about 10 minutes away.

The bomb going off. pic.twitter.com/rSH3v8j9DO

"As the cab approached the drop-off point at the hospital an explosion occurred from within the car, and this quickly engulfed it in flames," said Assistant Chief Constable Jackson adding that "remarkably the taxi driver escaped from the cab."

UK Prime Minister Boris Johnson, who chaired an emergency Cobra meeting earlier in the afternoon in response to the explosion at Liverpool Women's Hospital on Remembrance Sunday, has described the incident as a "sickening attack", and said it was a "stark reminder for all of us to remain vigilant".

"The British people will never be cowed by terrorism", the Prime Minister added.

PM Boris Johnson says “the UK's threat level [is being raised] from substantial to severe, meaning an attack is highly likely", following an explosion outside Liverpool Women's Hospital on Remembrance Sundayhttps://t.co/VTD572nBxG pic.twitter.com/xFUnChJ7fM

BBC reported the terror threat level in the UK has been raised to severe.

Chief Constable of Merseyside Police, Serena Kennedy, confirmed there is no specific threat to the area though she had asked local authorities to increase patrols across Merseyside.

"Incidents such as this are very rare, but I would ask people to remain calm, but be vigilant and alert," Serena Kennedy said in a statement.

“How he managed to escape is an utter miracle”.

"Officers from Counter Terrorism Policing North West are leading the investigation, supported by detectives and uniformed officers from Merseyside Police, and we are continuing to work with our partners at Merseyside Fire and Rescue Service and the Liverpool Women's Hospital to establish what has taken place," the official added.

Meanwhile, mosques and Muslim organisations in Liverpool in a joint statement strongly condemned the "cowardly and heinous attack" at the women's hospital.

"The car explosion at Liverpool Women's Hospital has shocked us all, and this is a cowardly and heinous attack which we condemn in the strongest possible terms," the statement read.

"Whilst inquiries are ongoing and there is little information about the incident, we urge full cooperation with the police," it added.