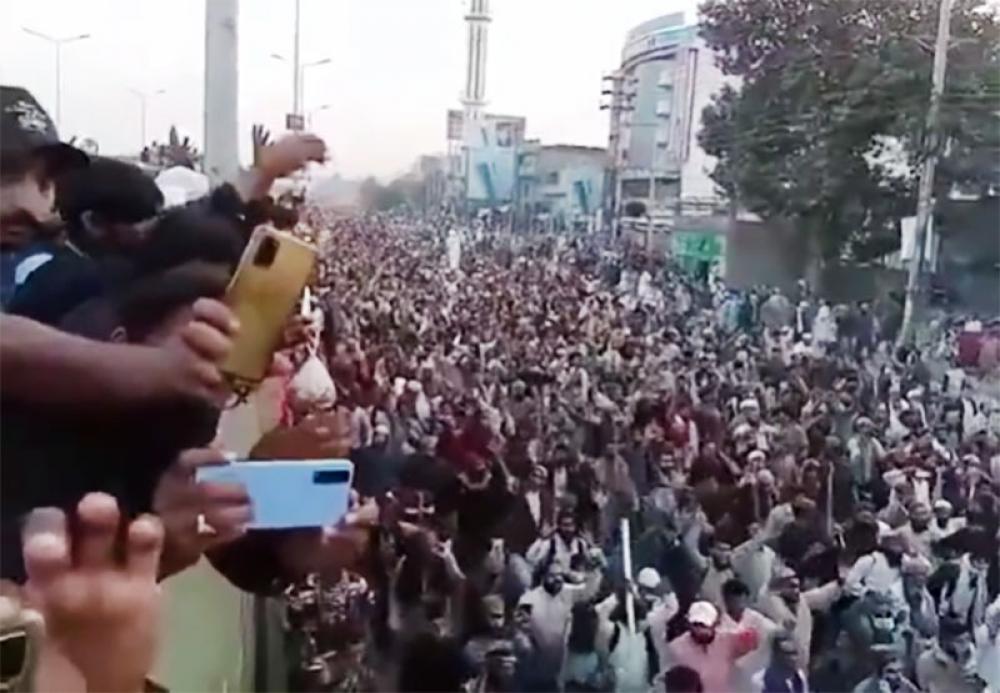 Wazirabad: Members of the  proscribed radical Islamist group Islamist group Tehreek-i-Labbaik Pakistan (TLP), which has been pressing for the expulsion of French ambassador over Prophet's caricature among other demands, continued their sit-in demonstration in Pakistan's Wazirabad region on Saturday, waiting for instructions from their leaders to make the next move.

The workers, who reached Wazirabad from Gujranwala on Friday, spent the night at the Zafar Ali Khan Bypass, reports Dawn News. 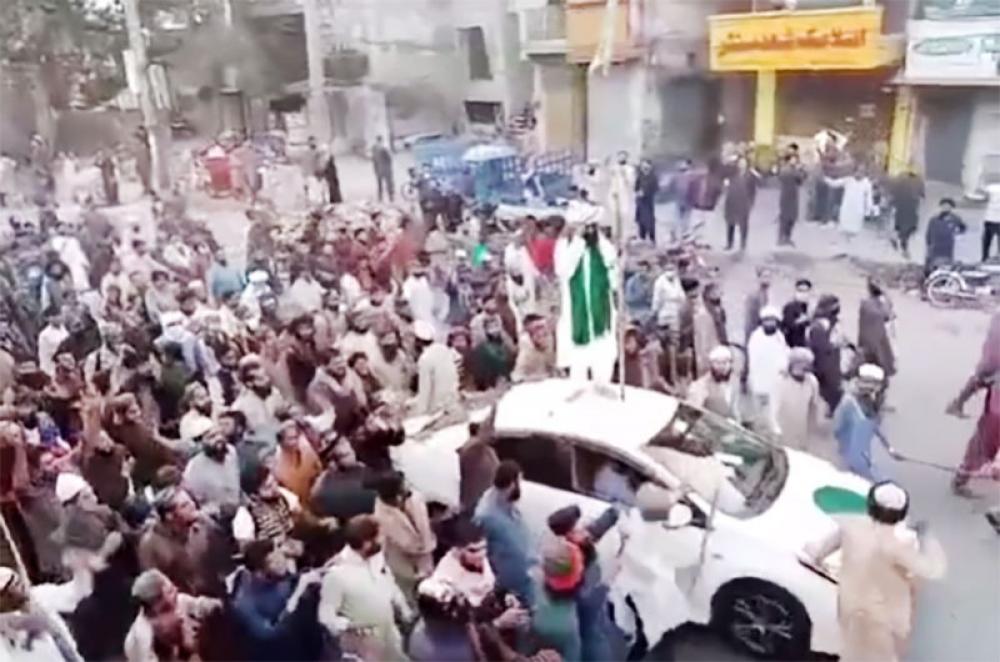 Traffic and internet connectivity remained suspended in the city

A senior official earlier told Dawn that the next TLP-police encounter was expected at two major security points that had been established at Chenab and Jhelum rivers, the only route for the march to reach Islamabad. 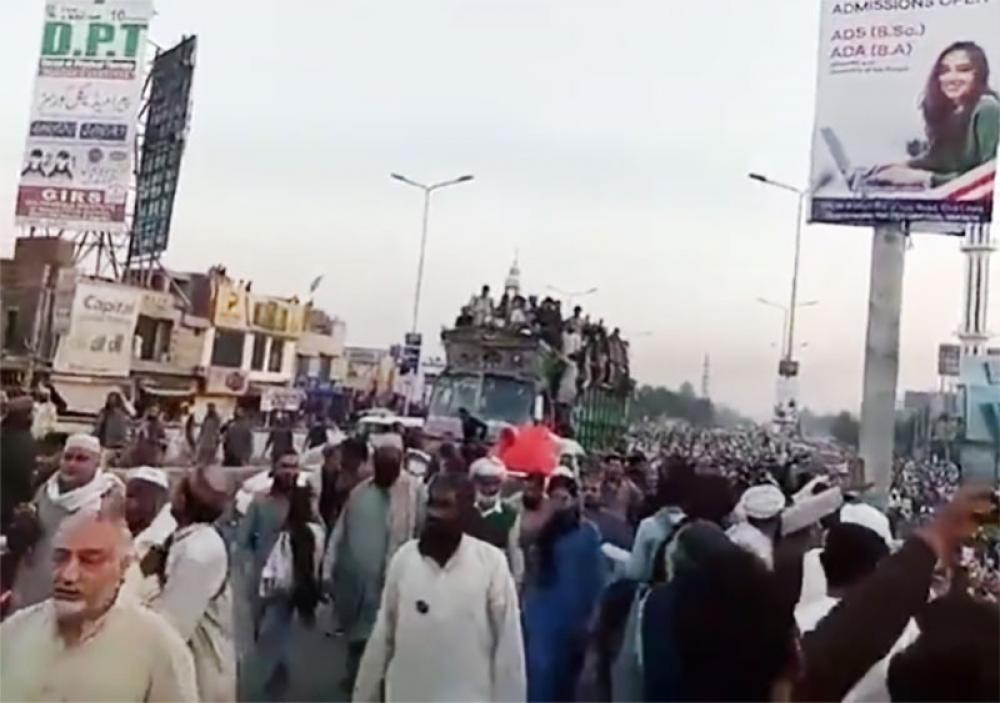 Security has been beefed up in the route on which the participants are demonstrating.

The security personnel also have armoured vehicles with them and are equipped with riot gear, police sources told Dawn News. 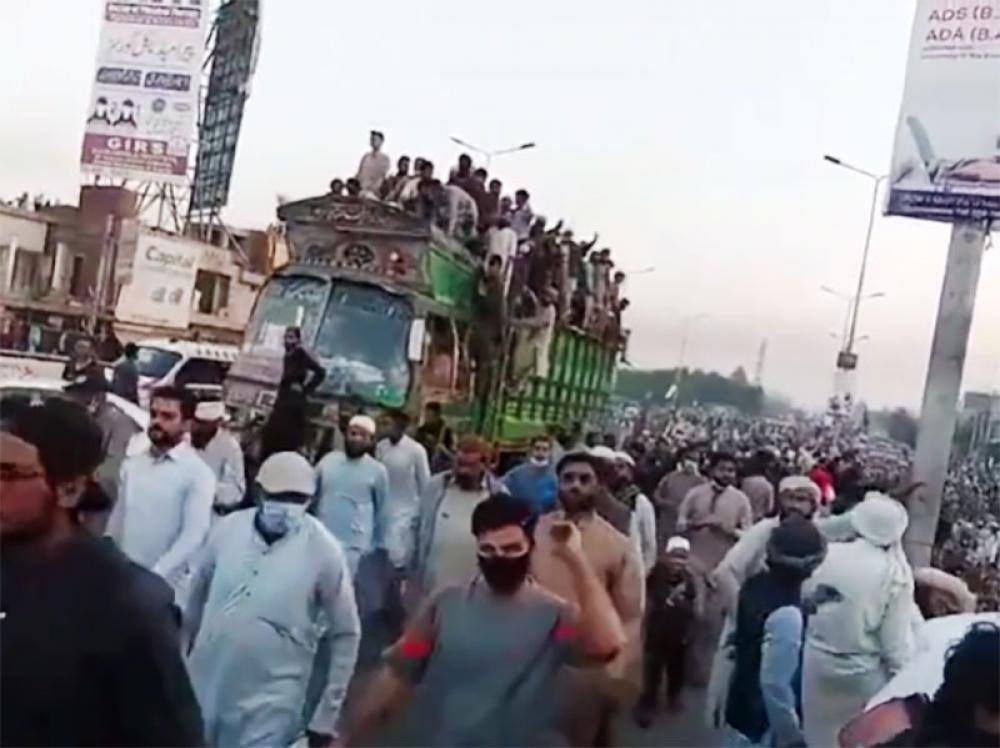 In view of the situation caused due to the TLP rally, Pakistan Railways announced that two trains between Karachi and Rawalpindi — Tezgam Express and Pakistan Express — would remain suspended today (Saturday) for both inbound and outbound services, the newspaper reported.