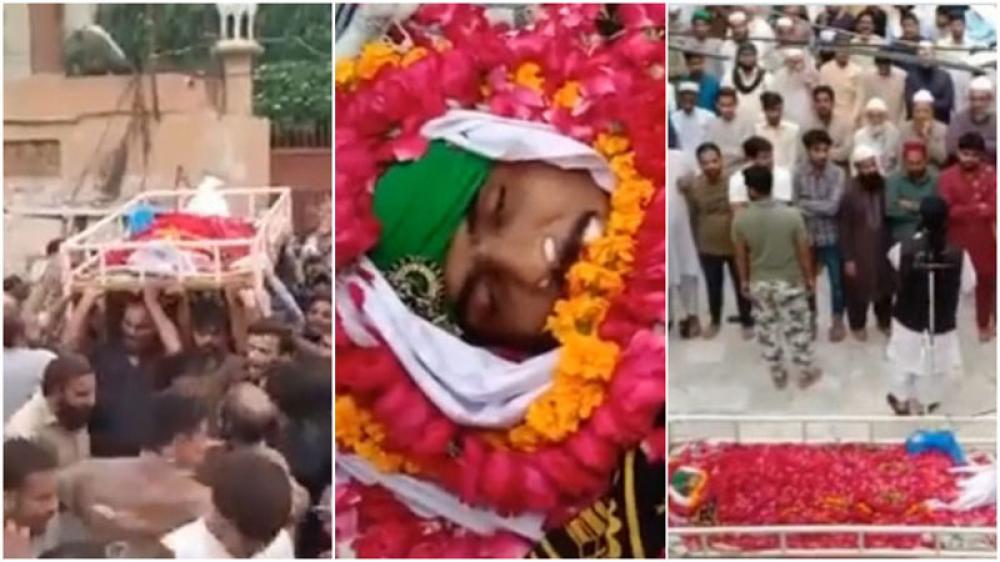 Islamabad: The Pakistan federal government seems to be surrendering to the proscribed Tehreek-i-Labbaik Pakistan (TLP) by announcing the release of 350 members even as the Islamist group took out its violent march for the past few days.

The Pakistan government also announced that cases  against other members of the proscribed outfit would be withdrawn by Wednesday.

The TLP group had been  pressing for the expulsion of the French ambassador over the Prophet's caricature by a Paris publication among other demands.

The government also assured the TLP leaders of reviewing the Fourth Schedule list containing their names and working on a plan to release their jailed chief Saad Rizvi, announced Interior Minister Sheikh Rashid Ahmed while speaking at a news conference, reports Dawn News.

The interior minister, who addressed the presser after leading a government team in negotiations with representatives of the TLP, including its detained chief, in Islamabad, posted on Twitter: "We have released 350 TLP workers up to now and we are still waiting to open the both sides Road of Muridke as per the decision with TLP."

Another round of talks with the group might be held on Monday.

TLP activists in funeral procession of those who were killed in police action in Pakistan #TLPLongMarch #TLPDharna #Pakistan pic.twitter.com/a4jJE3KACO

A member of the TLP group was quoted as saying by Dawn News that they had agreed to the government’s proposal to stay and wait at Muridke for two days, because the government had assured them that it would release all those arrested, including the TLP chief and other Shura members, and would review the Fourth Schedule.

Meanwhile, a large number of TLP activists took part in the final funeral procession of those who were killed by police in Pakistan.

Earlier, TLP chief Saad Rizvi was taken into custody after the federal government declared the TLP a proscribed organisation under anti-terrorism laws and launched a broad crackdown against the party.

TLP began protesting in November last year over the publication of a caricature of Prophet Mohammad by French magazine Charlie Hebdo, an action that was also defended by French President Emmanuel Macron.

The protest was called off after the government and the TLP signed an agreement but earlier this year in February, TLP again resumed violent protests demanding expulsion of the French ambassador.