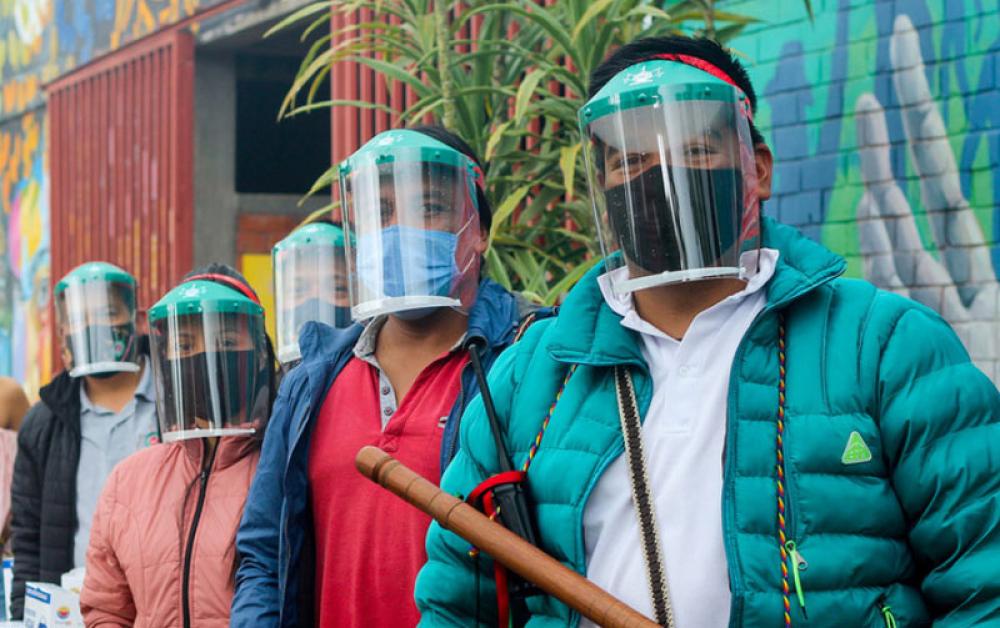 New York: With the COVID-19 pandemic precipitating one of the world’s worst health, socioeconomic and humanitarian crises in over a century, the UN chief told a high-level discussion on Tuesday to seize the opportunity “to make real, foundational, and necessary change”.

“We need global solidarity and coordination”, Secretary-General António Guterres said at the event headlined, ‘Rebirthing the Global Economy to Deliver Sustainable Development for All’.

He painted a grim picture of the havoc sparked by the pandemic, including more than one million deaths, 100 million pushed into extreme poverty and growing inequalities as hunger doubles and famine looms.

“The gender equality gap is widening, and women’s labour force participation – a key driver for inclusive growth – has been set back decades”, he bemoaned. “We face an urgent need for climate action and building a sustainable and circular economy”.

And amidst these ominous challenges, developing countries have been put “on the precipice of financial ruin”.

Noting his push for a rescue package equivalent to 10 per cent of the global economy and his call last weekend at the G20 Summit of richest nations, to help developing countries, Mr. Guterres acknowledged that the first line of business should be ending the pandemic.

“Vaccines, tests and treatments must be global public goods, available and affordable for all”, he spelled out.

“But we still have a gap – a gap in the COVAX facility, a gap of $28 billion and until the end of the year, a gap of $4.2 billion in order to make, indeed, this new vaccine a global public good, a people’s vaccine able to be affordable and available to all”, he continued. â€¯

The UN chief stressed the importance of financing to “build forward and put economies on a sustainable path”, including by strengthening the IMF’s “firepower” to support the developing world.

Moreover, he maintained the value of enhancing debt transparency and sustainability on a global level and aligning recovery efforts with the 2030 Agenda for Sustainable Development and the Paris Agreement on Climate Change.â€¯

“It is the moment to have a quantum leap…a global coalition for net zero greenhouse gas emissions – and act now to integrate the goal of carbon neutrality into all economic and fiscal policies”, he elaborated.â€¯

“We need to implement also necessary measures…for a just transition towards good, new green jobs…[and] to prove that we care for those that will be impacted by the move from the brown to the green economy”.â€¯

Vaccines, tests and treatments must be global public goods, available and affordable for all -- UN chief

The UN chief also advocated for a “New Global Deal” in which power, resources and opportunities are shared equally and governance mechanisms that better reflect today’s realities.â€¯

He pointed out that levels of participation in major global institutions, including the Security Council, are pegged too much to “where we were” and not enough to “today’s world”.

No ‘walk in the park’

Christineâ€¯Lagarde, former Managing Director of the IMF and now European Central Bank president, noted the “good politics and good economics” of shifting focus to the millions of people at the bottom of the economic scale, while acknowledging that transformation would be anything “but a walk in the park”. She upheld the need to respond to current and future shocks, calling it a test of our basic human solidarity.

Carmen M.â€¯Reinhart, Chief Economist of theâ€¯World Bankâ€¯Group, observed that many of today’s economic challenges pre-date COVID and stressed the need for “realism and persistence” moving forward if low-income and emerging markets are to survive the current pandemic.

Journalist and Nobel laureate Paul Krugman flagged that the virus will “win the race” if we do not seriously disrupt the transmission chain of the coronavirus, and provide further “economic compensation” for those whose livelihoods have been badly hit by restrictions.