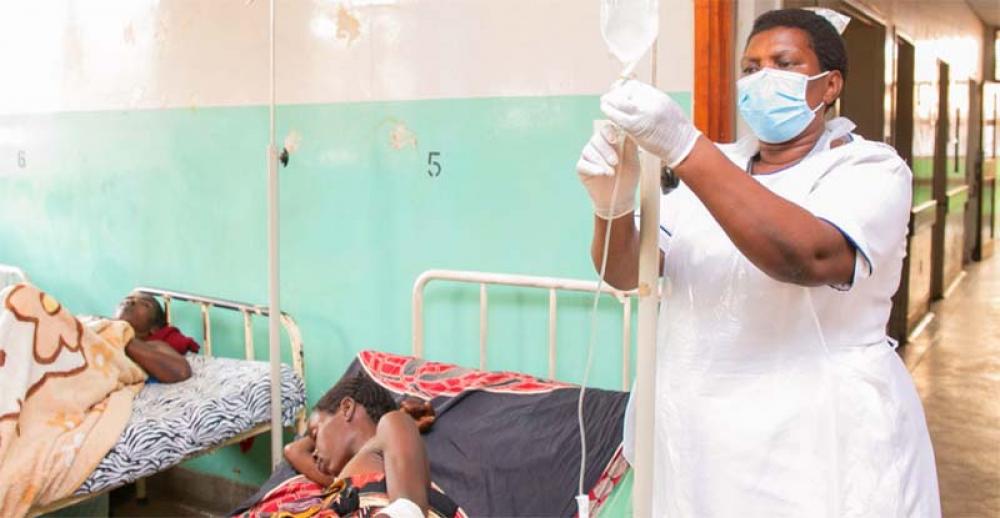 New York: Even as they confront the COVID-19 pandemic, countries in Africa’s Great Lakes Region continue to improve political, security and economic cooperation in line with a 2013 Framework agreement, UN Special Envoy Huang Xia told the Security Council on Tuesday.

“Despite the outstanding challenges, and the pandemic is not least amongst them, the peoples and countries of the Great Lakes Region continue to show great resilience and determination to move forward”, he said, briefing ambassadors via videoconference from Nairobi.

Xia, who spoke in French, last briefed the Council in April.  He reported that over the past few months, the situation in the region has remained stable with encouraging progress.

The UN envoy pointed to recent political developments, such as the peaceful transfer of power in Burundi following elections in May, and a mini summit earlier this month on security and economic cooperation held by the leaders of the Democratic Republic of the Congo (DRC), Angola, Uganda and Rwanda.

“I also welcome the fact that the countries of the region are using diplomatic means and regional mechanisms to resolve their differences, as can be seen in the solving of the border dispute between DRC and Zambia”, he continued.

“The commitment of Rwanda and Uganda to pursue the process of normalizing their relations through the good offices of Angola and DRC is another positive example of this.”

‘Intolerable human suffering’ in the DRC

However, Mr. Xia voiced concern over ongoing instability in the eastern DRC, where armed groups “continue to be the cause of intolerable human suffering”. He called for stepped up action from the Council.

“The impunity enjoyed by those responsible for these crimes traumatizes these populations and negatively affects relations between these countries”, he said. “We must therefore strengthen our efforts to fight impunity.”

Xia also outlined initiatives to support implementation of the Peace, Security and Cooperation Framework signed in 2013, aimed at addressing the root causes of conflict and recurring cycles of violence in eastern DRC and the Great Lakes Region.

His work here is centred around five priorities, including mobilizing international support in the wake of the pandemic.

“The resources mobilized for the countries, or for the region, up until now have been significant but are still considered to be insufficient by the IMF (International Monetary Fund),” he reported.

“In order to really relaunch the situation ambitiously, I would again call upon international partners to facilitate options to financial alleviation adapted to the needs of the countries including, but not being limited to, the initiatives for alleviating and restructuring the debt.”

Xia also spoke of his other diplomatic efforts, which include fostering dialogue and promoting non-military measures on security, such as programmes for the disarmament, demobilization and reintegration of former combatants.

This year marks the 20th anniversary of a landmark Security Council resolution on women, peace and security.  The UN envoy remarked that some of the Great Lakes nations are among those countries with significant women’s representation in parliament, although challenges persist.

aXia also updated ambassadors on the UN Strategy for Peace Consolidation, Conflict Prevention and Conflict Resolution in the Great Lakes Region, which his Office has prepared.

Countries and regional partners contributed to the development of the document, which has been submitted to the UN Secretary-General.

The strategy sets out UN action in the region for the coming decade, structured around three pillars: Peace, Security and Justice; Sustainable Development and Shared Prosperity, and Resilience to Former and New Challenges.

Action will be particularly focused in the areas of preventive diplomacy, security, cooperation, development, promotion of human rights and strengthening of the role of women and young.

“Of course, the United Nations action can only be effective if everyone is on board. There needs to not only be full ownership of countries and organizations of the region, but also there needs to be ongoing support of the international community”, said Mr. Xia, again calling for the Council’s support.