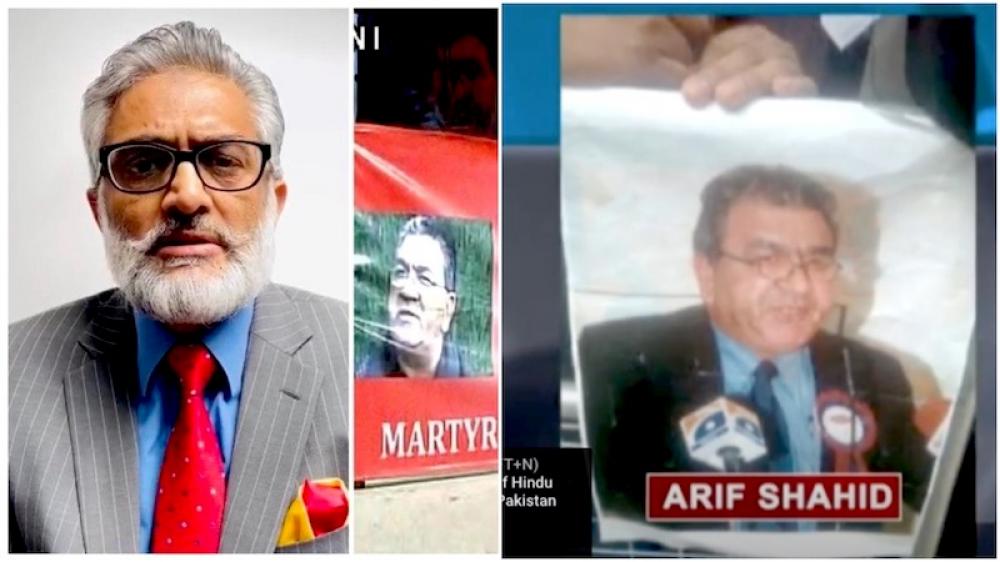 Arif Shahid, who was the chairman of the Jammu Kashmir All Parties National Alliance, was shot in the neck at the gate of his home in Rawalpindi and till now the killers have not been identified.

"The killers of Arif Shahid will never be traced and they will never be arrested because they are not ordinary killers but agents of Pakistan's powerful military agencies," Sajjad Raja told ANI.

"However, we will continue to demand their arrest and continue to voice our helplessness to the United Nations and all other international forums," he told the news agency.

Arif was killed in the evening of May 13 by an assassin at the doorstep of  62-year-old Arif Shahid’s residence in Rawalpindi.

The killer pumped four bullets into him and left in a car in which he had come.

Sajjad said, "We will never forget the cause for which Arif Shahid Shaheed has sacrificed his life and we will continue it with full vigour till the success of his struggle."

Soon after his death in a piece in The Express Tribune, titled "Why they killed Arif Shahid" Pakistani academician Pervez Hoodbhoy  critical of both India and Pakistan, wrote about the latter: "By supporting jihadists and targeting nationalists, it [Pakistan] has alienated world public opinion — and the Kashmiris. As far as the rest of the world is concerned, Kashmir has turned into a dead cause.