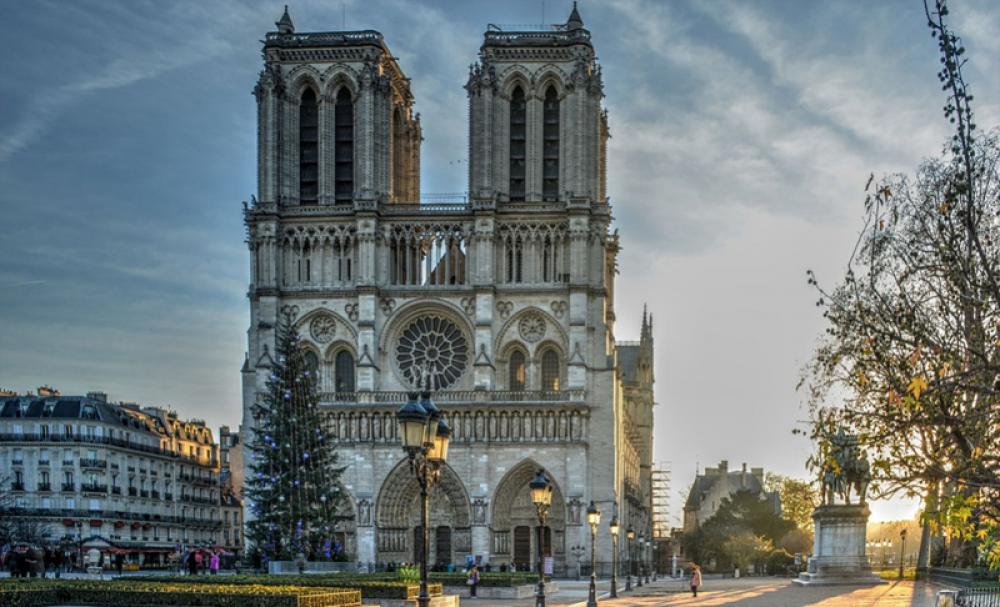 Moscow/Sputnik: The Notre Dame cathedral in Paris, which was heavily damaged in a devastating fire almost one year ago, will hold a Good Friday mass on April 10, Archbishop of Paris Michel Aupetit told the French BFMTV broadcaster.

The mass will take place despite a ban on large public gatherings in the country due to the ongoing COVID-19 outbreak, the broadcaster reported. Aupetit stated that the mass would be sparsely attended in order to comply with regulations.

Earlier in the day, French Health Minister Olivier Veran confirmed that the total number of COVID-19 registered in the country’s hospitals and care facilities had surpassed 98,000. The death toll in France currently stands at 8,911.

A major fire broke out at Notre Dame on April 15, partially destroying the cathedral’s roof and causing the spire to collapse. The building's structure largely remained intact and relics including artwork inside the cathedral survived the blaze. French prosecutors have ruled out arson as the cause of the fire.