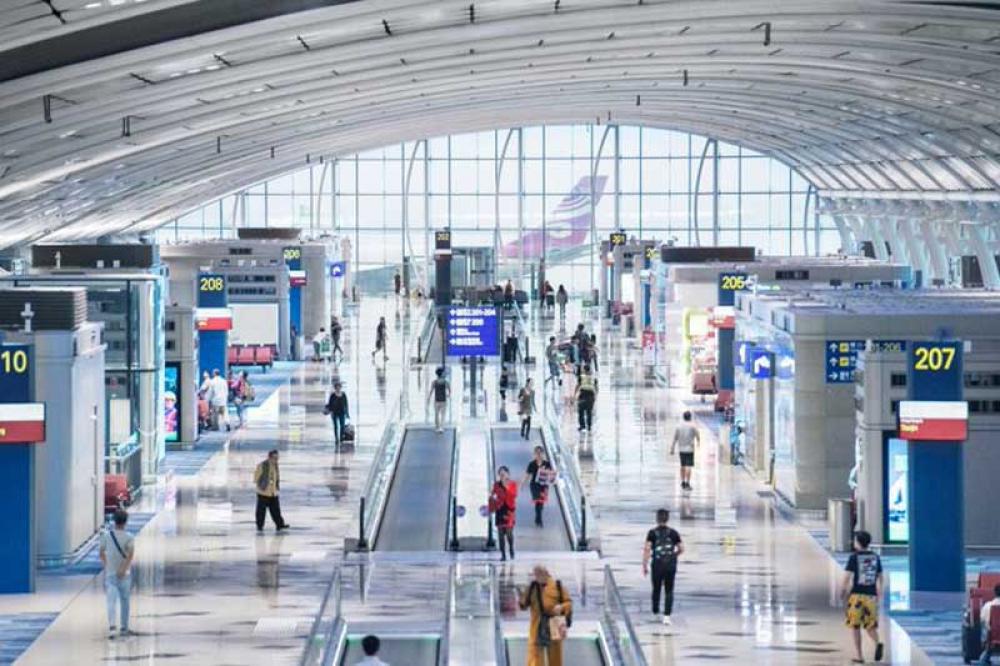 The airport is considered as one of the busiest in the world.

In a statement, officials said operations had been "seriously disrupted" by the public assembly, reported BBC.

Many of those protesting are critical of the actions of police, who on Sunday were caught on film firing tear gas and non-lethal ammunition at close range, reported the British news website.

According to reports, more than 100 flights scheduled after 18:00 local time (10:00 GMT) will now not depart following the decision taken by airport officials.

The airport in a statement last month said it welcomed 75.1 million passengers and handled 428,870 flight movements in 2018/19, registering year-on-year increases of 2% and 1.3%, respectively.

It has been more than a month since Hong Kong has been witnessing protests over a controversial extradition bill.

The bill would have enabled extraditions to mainland China.