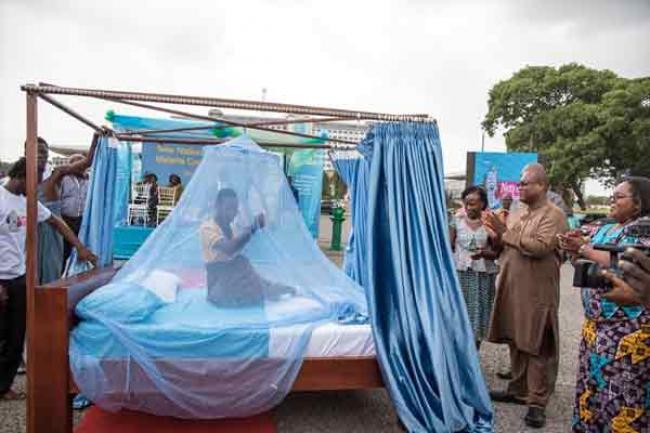 New York, Aug 22 (Just Earth News): With Africa still accounting for more than 90 per cent of global malaria deaths in 2015, the United Nations health agency’s member States in the region have adopted a new framework on implementing a strategy towards a malaria-free continent.

In an annual meeting of the World Health Organization’s (WHO) regional commission in Addis Ababa, Ethiopia, on Sunday, all 47 African member States unanimously adopted the new framework on how to implement the Global Technical Strategy for malaria in the region. It proposes specific priority interventions and actions to be implemented by member states to reach “an African region free of malaria.” “Malaria is no longer the leading cause of death among children in sub-Saharan Africa,” said WHO Regional Director for Africa Matshidiso Moeti in a news release. “We have made substantial progress in controlling malaria within our region. Since 2000, malaria death rates have plunged by 66 per cent, translating into 6.2 million lives saved, the vast majority of them being children.” Between 2000 and 2015, the number of malaria cases and deaths within Africa declined by 42 per cent and 66 per cent, respectively. However, Africa still bears the biggest malaria burden with roughly 190 million cases and 400,000 deaths in 2015 alone, accounting for 89 per cent and 91 per cent of the world’s total, respectively. In addition, over 800 million people in Africa are still at risk of malaria. In line with the Sustainable Development Goals, WHO reassures a firm commitment to eliminate the epidemic from the African continent by 2030, a target that would require an estimated $66 billion to achieve. “In 2015, two in three households in Africa did have their own insecticide-treated mosquito net, compared to only 2 per cent back in 2000,” said Moeti. “More and more children get to sleep under a net, and we need to continue to invest in changing people’s behaviours.” Some of the main challenges to tackle malaria include gaps in access to available prevention methods, the limited number of interventions available and increasing resistance to medicines and insecticides. In addition, weak health systems present a very high risk to malaria control and elimination. During the 2014 Ebola epidemic in West Africa, malaria control gains were lost in the severely affected countries of Liberia, Sierra Leone and Guinea.