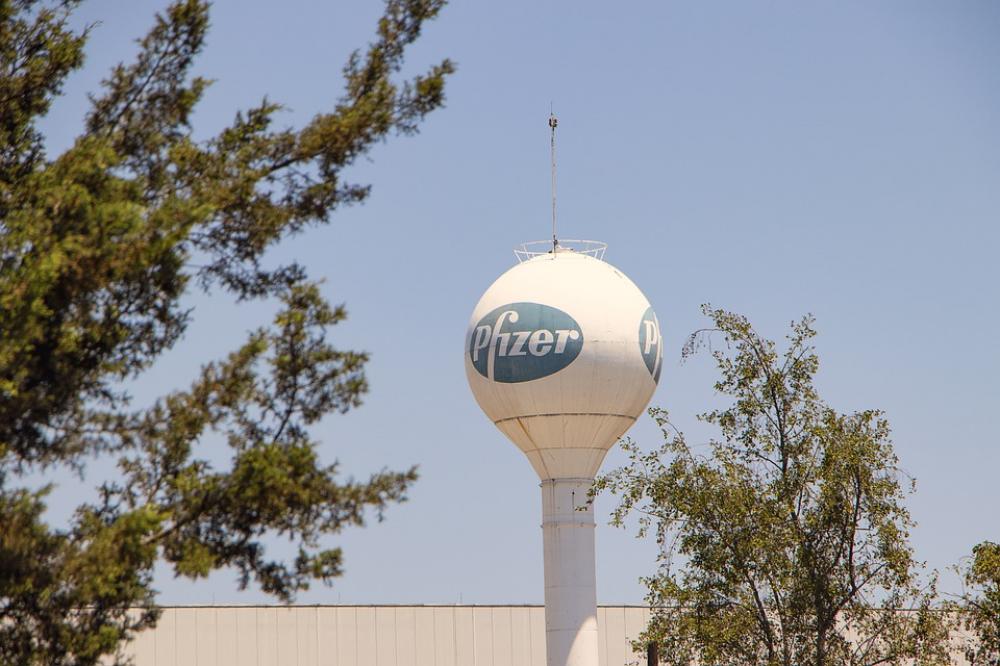 Washington: Pfizer Inc. on Tuesday announced it is seeking Emergency Use Authorization (EUA) of its investigational oral antiviral candidate, PAXLOVID, for the treatment of mild to moderate COVID-19 in patients at increased risk of hospitalizations or death.

"This submission to the U.S. Food and Drug Administration (FDA) includes clinical data from the Phase 2/3 EPIC-HR (Evaluation of Protease Inhibition for COVID-19 in High-Risk Patients) interim analysis. Rolling submission of non-clinical data for PAXLOVID was initiated with the U.S. FDA in October 2021," the statement issued by the company said.

If authorized or approved, PAXLOVID would be the first oral antiviral of its kind, a 3CL protease inhibitor specifically designed to combat SARS-CoV-2 that could be prescribed as an at-home treatment to high-risk patients at the first sign of infection, potentially helping patients avoid severe illness which can lead to hospitalization and death.

“With more than 5 million deaths and countless lives impacted by this devastating disease globally, there is an urgent need for life-saving treatment options. The overwhelming efficacy achieved in our recent clinical study of PAXLOVID, and its potential to help save lives and keep people out of the hospital if authorized, underscores the critical role that oral antiviral therapies could play in the battle against COVID-19,” said Albert Bourla, Chairman and Chief Executive Officer, Pfizer. “We are moving as quickly as possible in our effort to get this potential treatment into the hands of patients, and we look forward to working with the U.S. FDA on its review of our application, along with other regulatory agencies around the world.”

Pfizer is seeking EUA for PAXLOVID based on positive results from the EPIC-HR interim analysis, which enrolled non-hospitalized adults aged 18 and older with confirmed COVID-19 who are at increased risk of progressing to severe illness.

The data demonstrated an 89 percent reduction in risk of COVID-19-related hospitalization or death from any cause in patients treated with PAXLOVID compared to placebo within three days of symptom onset, with no deaths in the treatment group.

Similar results were seen with within five days of symptom onset. Treatment-emergent adverse events were comparable between PAXLOVID (19 percent) and placebo (21 percent), most of which were mild in intensity. At the recommendation of an independent Data Monitoring Committee, and in consultation with the U.S. FDA, Pfizer ceased further enrollment into the study due to the overwhelming efficacy demonstrated.

Rolling submissions have commenced in several countries including in the United Kingdom, Australia, New Zealand and South Korea, with planned submissions to other regulatory agencies around the world to follow.

Pfizer has begun and will continue to invest up to approximately $1 billion of its own funds to support the manufacturing and distribution of this investigational treatment candidate.

Additionally, Pfizer has signed a voluntary licensing agreement with the Medicines Patent Pool (MPP) to help expand access, pending regulatory authorization or approval, in 95 low- and middle-income countries that account for approximately 53 percent of the world’s population.