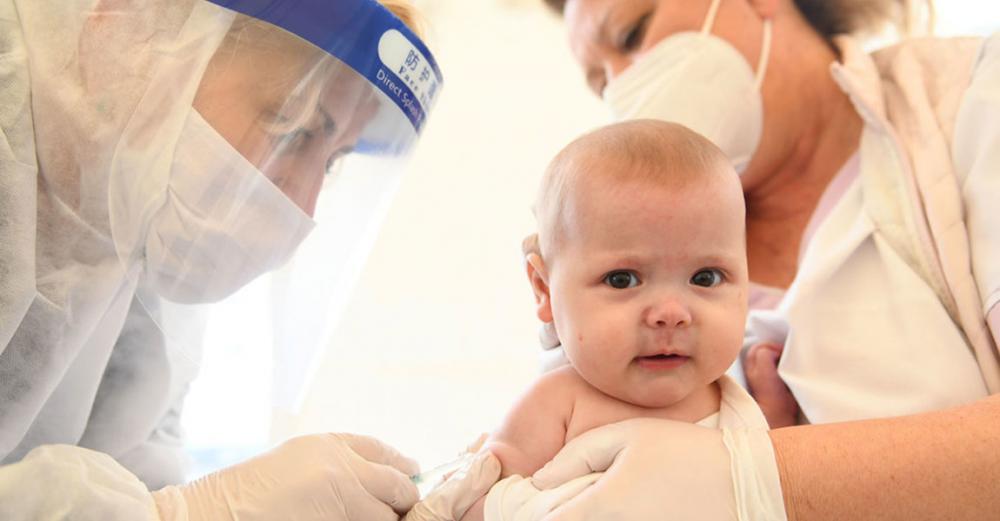 New York: Disruptions in the delivery of immunization services resulting from the COVID-19 pandemic threaten to unravel global gains in reaching more children and young people with a wider range of vaccines, two UN agencies warned on Wednesday.

The World Health Organization (WHO) and the UN Children’s Fund, UNICEF, are calling for immediate efforts to vaccinate all children as progress was already hampered by a decade of stalling coverage.

“Vaccines are one of the most powerful tools in the history of public health, and more children are now being immunized than ever before”, said Tedros Adhanom Ghebreyesus, the WHO Director-General.

“But the pandemic has put those gains at risk. The avoidable suffering and death caused by children missing out on routine immunizations could be far greater than COVID-19 itself. But it doesn’t have to be that way. Vaccines can be delivered safely even during the pandemic, and we are calling on countries to ensure these essential life-saving programmes continue.”

Latest data from the sister UN agencies shows how the pandemic is jeopardizing improvements in vaccine expansion to more than 100 countries.

COVID-19 has put at least 30 measles vaccination campaigns at risk of cancellation worldwide, which could lead to further outbreaks this year and beyond.

A survey of 82 countries has revealed that three-quarters report disruptions in their immunization programmes related to the pandemic.

Even where services are offered, people cannot access them due to reasons such as reluctance to leave home, transport interruptions, economic hardship, movement restrictions, or fear of being exposed to people who have the disease.

Meanwhile, many health workers have been affected by travel restrictions, redeployment to COVID-19 response, and a lack of protective equipment.

The partners said for the first time in nearly 30 years, the world risks seeing a reduction in children receiving three doses of the vaccine against diphtheria, tetanus and pertussis, or whooping cough (DTP3): a marker for immunization coverage within and across countries.

Prior to the crisis, DTP3 and measles vaccines coverage was already stalling at 85 per cent, and a child born today has a less than 20 per cent chance of receiving all globally recommended vaccines by their fifth birthday.

Last year, nearly 14 million children missed out on these two vaccines and other life-saving inoculations. The majority live in Africa, and two-thirds are in 10 middle- and low-income countries that include Angola, Brazil, the Democratic Republic of the Congo, Ethiopia and India.

The UN agencies further warn that the pandemic could undo progress in regions such as South Asia, where coverage for the third dose of DTP increased by 12 per cent over the past decade.

The situation is especially concerning for Latin America and the Caribbean, where “historically high” coverage has fallen during this same period.

Both WHO and UNICEF continue to support countries during the pandemic, including with restoring safe delivery of immunization services and providing protective equipment for health workers.“We must prevent a further deterioration in vaccine coverage and urgently resume vaccination programs before children’s lives are threatened by other diseases. We cannot trade one health crisis for another.”

Other efforts are related to rectifying coverage gaps and expanding routine services to communities that have missed out, which are home to some of the most vulnerable children.