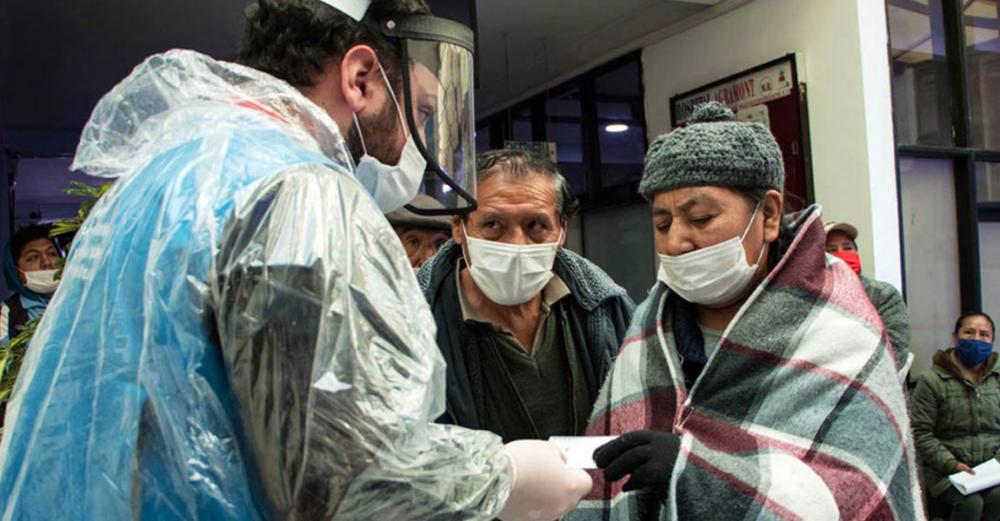 New York : Tens of millions more people are likely to go hungry this year because of the COVID-19 crisis, the UN World Food Programme (WFP) said on Monday, as it announced plans for a massive boost to its global aid operation so it can reach them.

This is an 82 per cent increase from before the pandemic took hold, he said, adding that the coronavirus was affecting regions of the world that had “previously escaped” severe food insecurity.

“The frontline in the battle against the coronavirus is shifting from the rich world to the poor world,” he said.

Latin American countries are experiencing the worst effects of the health crisis, with an almost three-fold rise in the number of people requiring food assistance.

This includes urban communities in low and middle-income countries, which the WFP warns “are being dragged into destitution” by job losses and a sharp drop in remittances.

Hunger spikes are also happening in West and Central Africa, which has seen a 135 per cent jump in the number of food insecure people, as well as in Southern Africa where there has been a 90 per cent rise.

To tackle this rising tide of hunger, WFP is undertaking the biggest humanitarian response in its history.

It intends to ramp up the number of people it assists to 138 million - from a record 97 million last year.

To do this, sustained funding is required urgently, Mr. Beasley said, in an appeal for $4.9 billion over the next six months to help 83 countries.

“Until the day we have a medical vaccine, food is the best vaccine against chaos. Without it, we could see increased social unrest and protests, a rise in migration, deepening conflict and widespread under-nutrition among populations that were previously immune from hunger.”