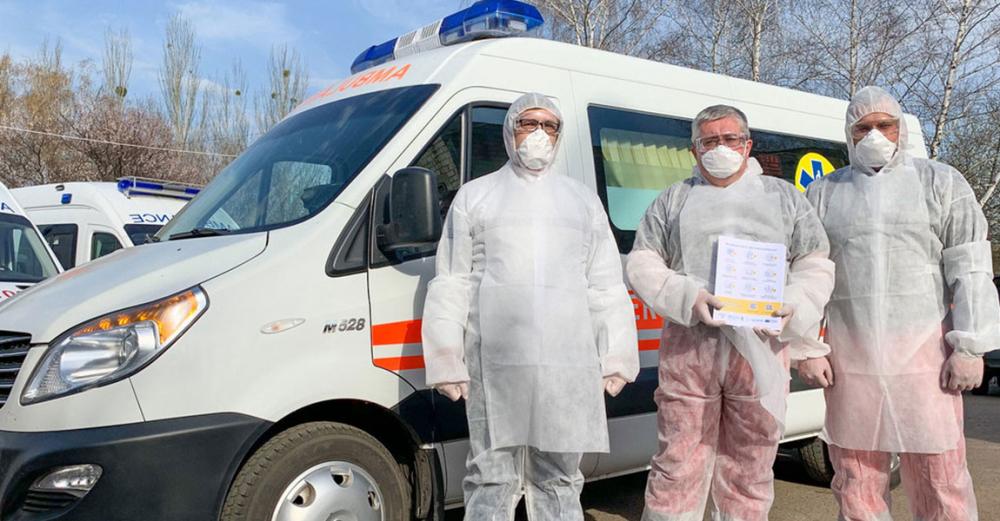 New York : A United Nations project to promote energy efficiency among Ukrainian homeowners has found a second life – informing 1.8 million of the nation’s citizens on how to combat the COVID-19 virus.

Since its launch in October 2018, it has helped hundreds of thousands of Ukrainians in 24 oblasts (administrative regions) to manage their homeowners’ associations, develop energy efficiency projects and apply for subsidies under the Ukrainian Energy Efficiency Fund.

“Little did we know at the time we set it up that we could use this same network to communicate urgent information about the pending pandemic”, said Dafina Gercheva, the United Nations Development Programme (UNDP) resident representative in Ukraine since 2019.

UNDP in Ukraine used an existing network of coordinators, local authorities and homeowner associations to launch a communications campaign on COVID-19. UNDP Ukraine

Piggybacking on HOUSES’s network of 24 coordinators, 344 local authorities and nearly 4,000 homeowners’ associations, and working with World Health Organization (WHO), UNDP produced more than 100,000 posters detailed information about the new coronavirus, how to avoid contracting it and how to protect families.

Going a step further, many of the homeowners’ associations came up with creative ways to sanitize buildings and footwear, support the elderly and sew protection masks and suits for doctors, medical professionals and vulnerable neighbours, UNDP said.

The HOUSES programme, which continues through September 2020, is supported by €4 million in European Union funding.

In its latest country-by-country situation report on Monday, the WHO reported 15,648 confirmed cases of COVID-19 in Ukraine and 408 deaths. UNDP said that the number of fatalities is relatively low for a larger European country. The UN’s Office for the Coordination of Humanitarian Affairs (OCHA) said that in eastern Ukraine - gripped by conflict between Government forces and mostly pro-Russia separatists since 2014 - there were 142 confirmed cases in Government-controlled areas and 416 in non-Government-controlled areas.

The contact line between the two areas has been closed since 21 March as part of a national COVID-19 lockdown, with almost no one – including humanitarian personnel – able to cross over.

Some 325 humanitarian exemptions have been made, however, between 21 March and the end of April, the Office said, adding that humanitarian agencies are still operating on both sides of the contact line, targeting 2 million people with existing stockpiles.“This is having an impact on, for example, vulnerable elderly people living in non-Government-controlled areas who are unable to access services, pensions and other social benefits in the Government-controlled part,” OCHA said in a briefing note.