Health
State of Health
UN, an ‘ally’ in Kenya in fight against COVID-19: a UN Resident Coordinator blog 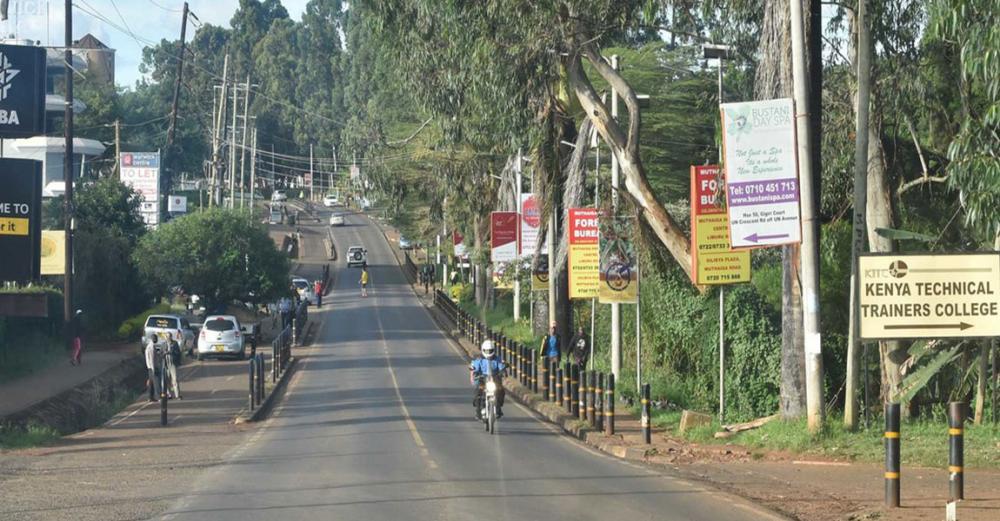 New York : The United Nations is working closely with the Kenyan Government to help prevent the spread of the deadly coronavirus or COVID-19. By Siddharth Chatterjee, United Nations Resident Coordinator to Kenya.

The number of coronavirus cases in Kenya has jumped to at least five [by 19 March] after the Government confirmed more cases. President Uhuru Kenyatta has announced a raft of proactive measures to prevent the spread of the virus.

Barely three months into the COVID-19 outbreak, stock markets have plummeted, and global supply and production systems have wobbled. Across the world panicked shoppers have cleared shelves of hand sanitizer, soap and tinned food, as if preparing for a siege.

The message by UN Secretary-General António Guterres that ‘as we fight the virus, we cannot let fear go viral’ is absolutely pertinent. And the people of Kenya can count on the United Nations Country team as an ally in this fight.

Pandemics, the new threat to humanity

Global pandemics are the new threat to humanity. The number of new diseases per decade has increased nearly fourfold over the past 60 years, and since 1980, the number of outbreaks per year has more than tripled.

The UN Resident Coordinator to Kenya, Siddharth Chatterjee, addresses the media on a recent trip to the north of the country. | UN Kenya

Factors such as climate change, rising populations and increased travel have made humans more vulnerable today than they were 100 years ago. An infection in one corner of the world can make its way to the most distant corner within a day.

In sub-Saharan Africa, there are genuine fears over how health systems will cope. Most are ill-prepared and ill-equipped to implement public health measures such as surveillance, exhaustive contact tracing, social distancing, travel restrictions and educating the public on hand hygiene and respiratory etiquette.

These are the basic steps that will delay the spread of infection and relieve pressure on hospitals, even as support is sought for costlier solutions such as personal protective equipment, ventilators, oxygen and testing kits.

The UN Resident Coordinator, sometimes called the RC, is the highest-ranking representative of the UN development system at the country level. In this occasional series, UN News is inviting RCs to blog on issues important to the United Nations and the country where they serve.

For countries in Africa and other areas where health resources are limited, a little-understood pandemic such as COVID-19 is a challenge that requires a whole-of-society response. While science creates the tests and will eventually develop a vaccine, the most effective immediate responses to pandemics depend more on simple actions we can all carry out than on pharmaceutical-based solutions.

Flattening the COVID-19 curve will also be aided by accurate information. Rising public panic and hysteria is stoked by the difficulty in sifting fact from rumour, speculation and inaccurate information. One of the problems of the age of social media and citizen journalism is that it provides a forum for everyone and enables the dangerous fiction that anyone with an opinion is an expert. In such circumstances a rational, science-driven narrative is difficult to sustain.

UN working with the Government of Kenya

Getting ahead of COVID-19 by ensuring that only accurate information and scientific guidance takes control of the narrative is crucial. It is for this reason, the United Nations Country Team in Kenya is offering communications support – amongst other initiatives - to the Ministry of Health in its current commendable response to the problem. Everyone will benefit if they heed the wise counsel of CS Mutahi Kagwe. For example, he emphasizes the importance of frequent and thorough hand washing. Hand washing saves lives and is the best defence against communicable diseases.

Though microbes are evolving millions of times as fast as humans, and humans have little or no immune protection against new flu strains, the scientific understanding of the risk of pandemics, and our ability to predict the next pandemic before it even happens, is better than ever.

It is now known, for instance, that most new infectious diseases originate in animals, including SARS from bats and some strains of influenza from birds. Factors that include close proximity to live animals, poor hygiene in relation to meat and live animals at markets, overcrowding, and bushmeat consumption can allow pathogens to jump the species barrier to humans.

These scientific advances are being deployed to find more comprehensive solutions such as vaccines. Widespread access to such vaccines confers immunity to individuals and even ‘herd immunity’ for populations. Vaccines work and have saved countless lives.

Countries in Africa must also take the fight to the pandemic through simple but effective measures for detecting, testing, isolating and mobilizing their people to mitigate transmission.

With simple, fact-informed hygiene measures as the main weapon, the continent can slow the virus’s spread and flatten the curve. And the UN family in Kenya is in lockstep with the Government of Kenya to fight COVID-19 on all fronts.