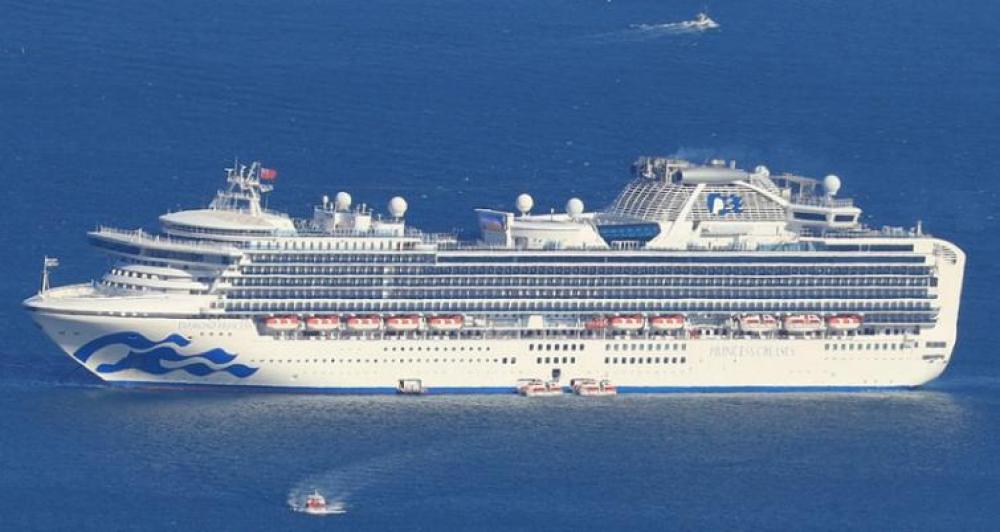 Moscow/Sputnik: A Russian national aboard the quarantined Diamond Princess cruise liner has been diagnosed with the COVID-19 coronavirus, the Russian embassy in Japan confirmed on Monday.

"During a medical screening for COVID-19 infection by the Japanese authorities of all passengers of the vessel, the coronavirus was detected in a Russian citizen on board. In the near future, the Russian woman will be taken to the hospital where she will undergo treatment," the diplomatic mission said in a statement.

Reported 24 Russian citizens are aboard the quarantined cruise liner, but the woman in question was the first Russian to be diagnosed from among some 454 COVID-19 cases altogether.

The Russian embassy also emphasized that its employees "will continue to provide all necessary assistance to citizens."

This may prove to be the first case of a Russian national infected with the virus, as the two previous cases reported in Russia — who later recovered and were discharged — were citizens of China.

The Diamond Princess cruise ship was quarantined off the Japanese port of Yokohama on February 3, where it is set to remain until at least February 19. There were initially 3,700 people aboard, with the number of infected growing daily.