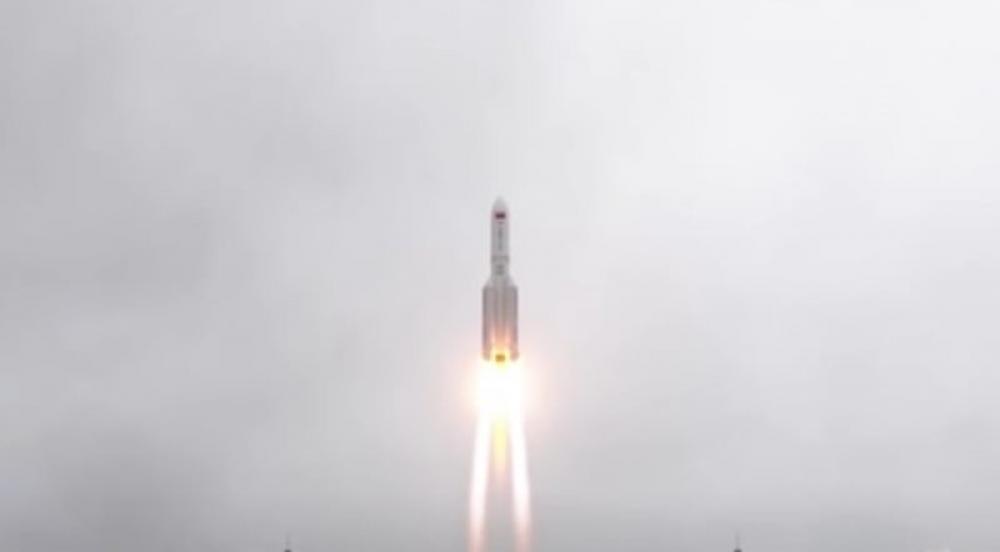 The Long March 5B rocket. Photo: Screengrab from YouTube

Beijing: Around 18 tonnes of debris from a Chinese rocket is expected to re-enter Earth in an uncontrolled way this weekend.

However, it is not clear when and where the rocket parts will crash, as the US is keeping a close watch on the path of the object.

The country said it is still not planning to shoot it down.

A BBC report said the "body of the rocket is currently circling Earth, about to enter the lower atmosphere".

The rocket- Long March 5B- was launched in late April to carry the first module of China's new space station.

The US Defence Secretary also took a subtle jab at China, stating that such scenarios should have been taken into considerations while executing the plan.

Expectedly, China has downplayed the crash, stating it hoped that the debris would land in international waters.

The BBC quoted Jason Herrin of the Earth Observatory Singapore as saying, "Drag will slow the object causing loss of altitude, bringing it down into denser atmosphere, which in turn causes more drag and further loss of velocity and altitude."

"Once this process starts, the object will be locked into an irreversible downward journey," Herrin said.

A previous launch of a Chinese rocket in 2020 too experienced a similar uncontrolled re-entry in Earth as the debris crashed in a rural part of Ivory Coast.