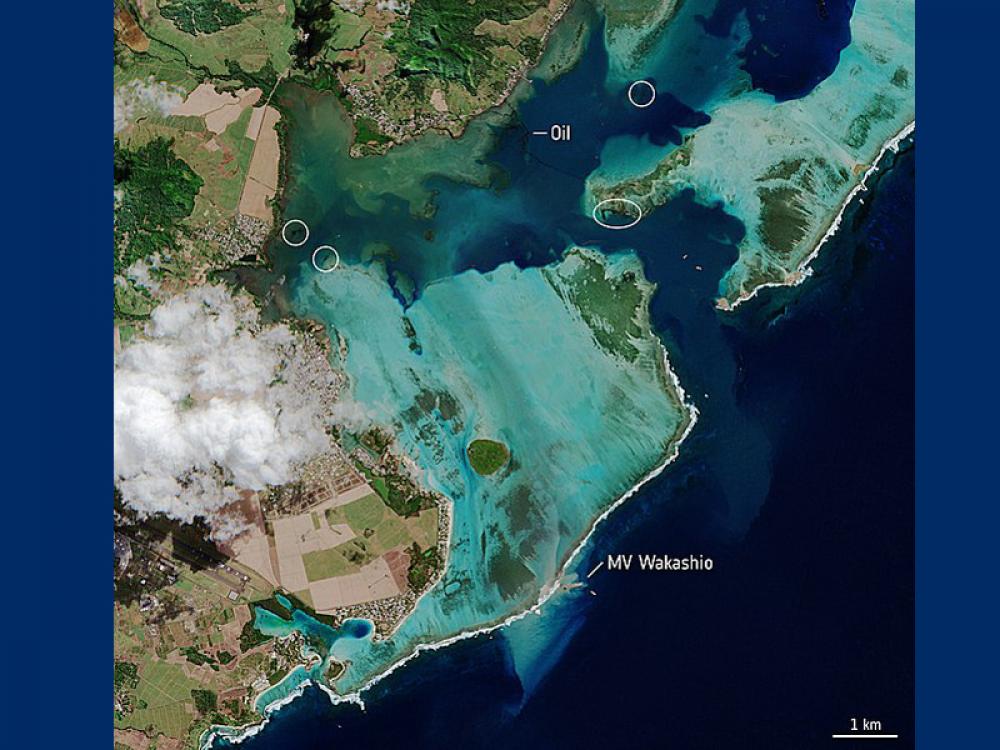 According to the Kyodo news agency, Mauritius has estimated that this amount will be enough for constructing 100 new fishing boats and providing training to 475 fishermen and 60 skippers so that they could do fishing in more distant areas since fishing off coastal areas impacted by the spill is currently banned.

Earlier in the day, Japan's Chief Cabinet Secretary Yoshihide Suga said that Tokyo would provide long-term assistance to help Mauritius deal with the cleanup from the oil spill. The Japanese Environment Ministry has already sent three disaster relief teams to help the island nation eliminate the consequences of the disaster.

The Wakashio ship of Japanese O. S. K. Lines company was on its way from China to Brazil when it crashed into a coral reef off the coast of Mauritius in the Indian Ocean in late July. After it split in two in mid-August, at least 1,000 tonnes of oil leaked into the water, causing the Mauritius authorities to declare an ecological emergency and ask the UN and Japan to help remove the ship. In addition, France and India have sent aid to Mauritius to help eliminate the spill.

Meanwhile, Mauritius is feared to endure a long-term recovery due to the incident, as many people in the country rely on fishing and tourism.