Environment/Science
Climate Change
Bahamas: ‘Clock is ticking’ to help those who lost everything in Hurricane Dorian, says UN 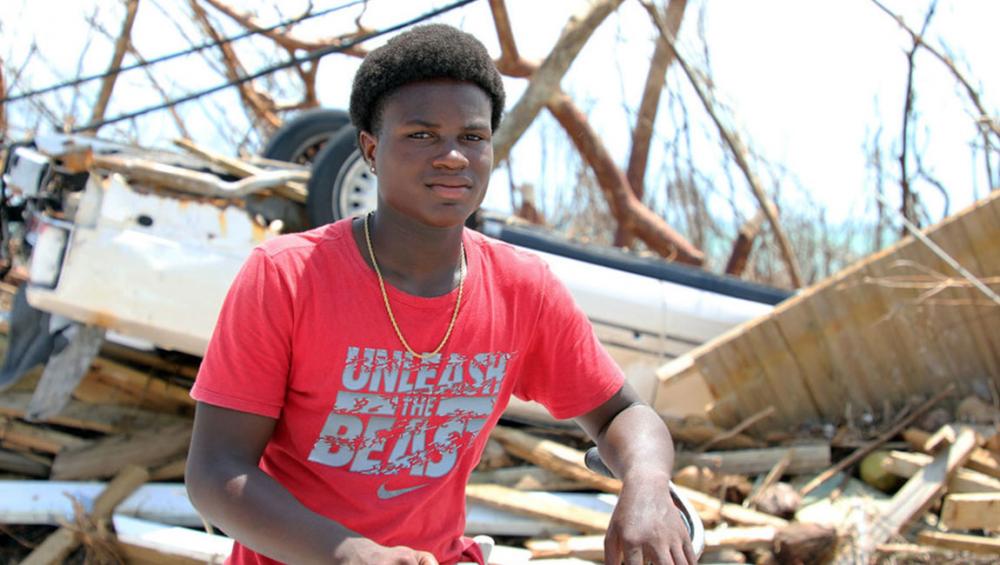 New York, Sept 9 (JEN): “The clock is ticking” for Hurricane Dorian survivors in the Bahamas to receive humanitarian assistance, the top United Nations Children’s Fund (UNICEF) official in the region said on Sunday.

“Children and their families who survived the hurricane have lost their homes, their livelihoods, their relatives, and have been left with little water or food”, said Youssouf Abdel-Jelil, UNICEF Deputy Regional Director for Latin America and the Caribbean.

Nearly 1.5 tons of lifesaving supplies that will help provide safe water for over 9,500 children and families left reeling by Hurricane Dorian have arrived in Nassau, Bahamas.

The category 5 storm that hit on Monday left behind a path of destruction unprecedented in this Caribbean country.

Based on initial figures from the Caribbean Disaster Emergency Management Agency, an estimated 18,000 children in the Abaco and Grand Bahama area are in urgent need of humanitarian assistance.

Fifteen-year-old Benson Etienne was living with his family of eight in a two-story building when Hurricane Dorian slammed Abaco Island for 40 hours.

He told UNICEF that the roof was the first thing to disappear, then the windows. But they managed to escape into the strong winds and rain before the walls collapsed.

"We had to swim for our lives in dirty water, fighting against strong currents”, he said.

Most vulnerable 'hardest to reach'

In the aftermath of Hurricane Dorian, a UNICEF team was rapidly deployed to the Bahamas.

On Sunday, a UNICEF assessment mission toured Abaco, the area hardest hit, where they witnessed widespread devastation and destruction.

In and around Marsh Harbour, schools and hospitals were flattened, houses and roads collapsed, and cars and boats left hanging from trees. The team evaluated the need for critical services, including for health, education and shelter facilities.

“The full scale of the destruction on the ground is still being assessed, but initial assessments indicate that in some parts of Abaco, roads, ports and other transport facilities have been partly or totally destroyed,” said Mr. Abdel-Jelil.

Aerial reconnaissance and preliminary assessments indicate that flooding may have also compromised water and sanitation systems in Abaco and parts of Grand Bahama, putting children and families at risk of contracting waterborne diseases.

“Damaged infrastructure makes the delivery of humanitarian aid extremely challenging,” he added. “The most vulnerable families, especially children, are likely to be the hardest to reach".

In collaboration with UN agencies and other humanitarian partners, UNICEF is working with the Bahamian government to distribute lifesaving supplies to families as quickly as possible.

The UN Children's Fund is urgently appealing for  $4 million to scale up its humanitarian response and address the most immediate needs of children and families across the Bahamas, including access to safe drinking water and sanitation, nutrition, psychosocial support and non-formal education activities.