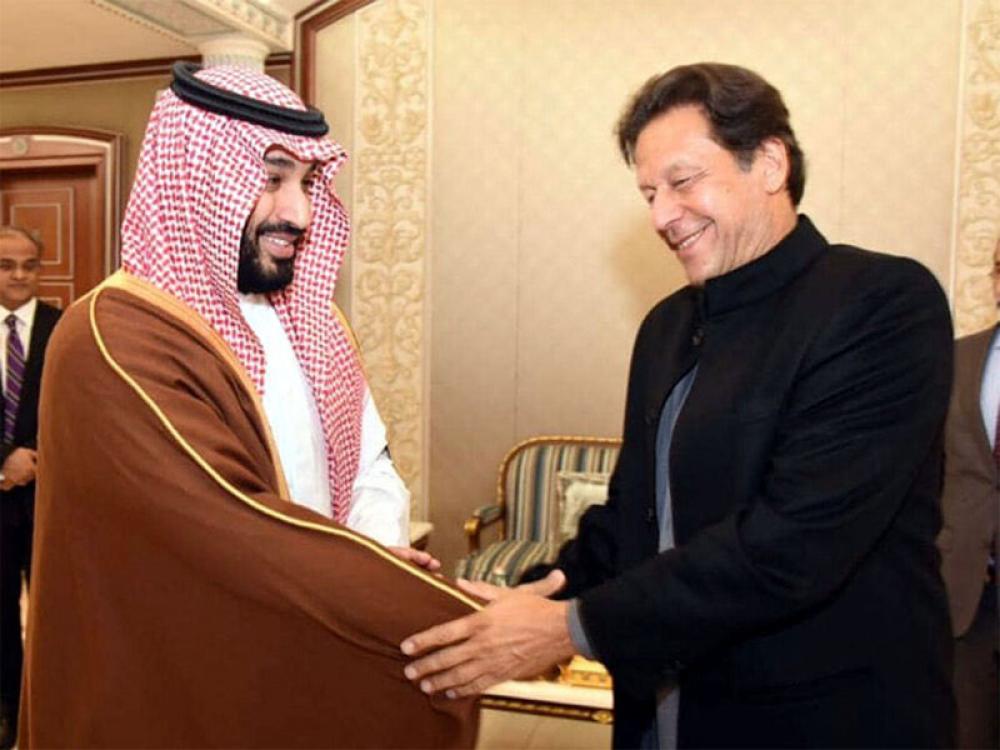 Islamabad: In a desparate effort to rescue Pakistan from the throes of a deep economic crisis, the Imran Khan government in the country has managed to get a "celebratory" loan of Rs 4.2 billion from Saudi Arabia which has been called a damp squib by economists for the harsh terms and conditions slapped by the Saudi Fund of Development (SFD).

The State Bank of Pakistan (SBP) on Monday signed an agreement with the SFD to receive the billion-rupee-fund, which will be placed in the account of the Pak state bank.

In October last week, Saudi Arabia had agreed to revive its financial support of $4.2 billion to Pakistan, including about $3 billion in safe deposits and $1.2 billion worth of oil supplies on deferred payments.

The agreement was reportedly reached during the visit of Pak Prime Minister Imran Khan to the Arabian kingdom last month.

“Under this deposit agreement, SFD shall place a deposit of USD 3 billion with SBP. The deposit amount under the agreement shall become part of SBP’s Foreign Exchange Reserves,” a press release issued by the Pak bank on Monday read.

The Imran Khan-led Pakistan Tehreek-e-Insaf (PTI) government has hailed the funding as a symbol of brotherly relations between Pakistan and Saudi Arabia without disclosing the interest on $3 bn while the banking sources believe the interest rate is higher than the global market.

Pakistan daily The Dawn reported the country's state bank did not speak about the interest rates on the Saudi loan amid massive speculations in the financial market saying: “as per agreement all terms are confidential and cannot be revealed without the consent of both the parties.”

According to a report by Daijiworld.com, Pakistan has accepted harsh conditions for loan repayment — it would have no rollover option and will have to repay the $3 billion loan one year after the date of deposit with a caveat that the south Asian country would be bound to return it any time at a 72-hour notice.

The web portal reported quoting Pak financial experts that in case of a dispute in the repayment process, Saudi law will be applicable.

"Pakistan has surrendered its sovereign claim of immunity from suit, execution, attachment or other legal processes in relation to the $3 billion cash deposit agreement," a Pak economist told Daijiworld.com.

Financial experts are also questioning the "suspected" high interest rate being charged by Saudi Arabia, unlike previous loans which were almost interest free, and the higher interest rate will cost Pakistan $24 billion more compared to what the country paid in 2018 when Saudi had given a $6.2 billion loan to Pakistan, the portal reported.

"Pakistan calls Saudi Arabia its brother but Saudi Arabia's preconditions to Pakistan on the $4.2 billion loan, only signifies that Pakistan has no credibility left and stands isolated diplomatically and economically, on the brink of collapse," Pakistani financial expert Azim M Mian was quoted as saying by Daijiworld.com.

The portal reported that under the agreement Pakistan will repay $3 billion to Saudi Arabia no later than one year from the date of the deposit, and Saudi Arabia can also demand the immediate return of the money in case of a sovereign default by Imran Khan's Pakistan.

The failure by Pakistan to comply with any provision of the cash deposit agreement will lead to a default, and Pakistan's failure to service the public external debt of over $100 million will also be deemed as a default, according to a report by Express Tribune.

However, the Pakistani Finance Ministry in a statement justified that every memorandum of understanding (MOU) contains dispute resolution provisions.

"It does not mean that the country's sovereignty has been compromised," the statement read.