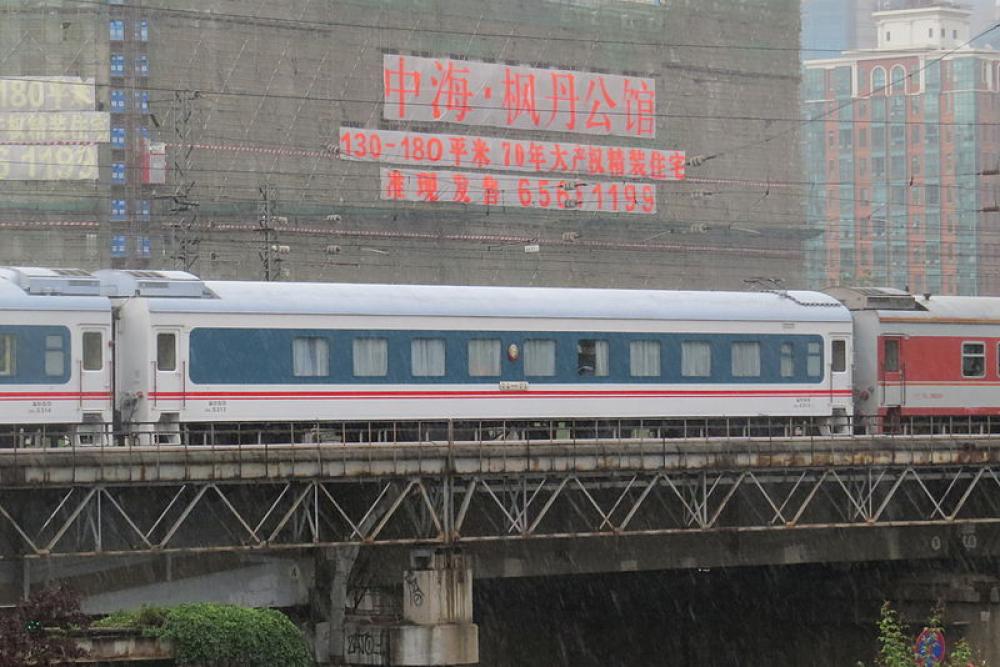 The rail freight connection between China and North Korea has been disrupted as COVID-19 cases spiked in recent times in the border region of the two neighbours.

At the beginning of the coronavirus pandemic in Jan. 2020, Beijing and Pyongyang sealed off the 880-mile Sino-Korean border and suspended trade to prevent the virus from crossing the border into North Korea, reports Radio Free Asia.

The move killed off much of North Korea’s nascent market economy that relied on the purchase and sale of Chinese imports, and the lack of imported food, fertilizer and equipment led to skyrocketing food prices, the news portal reported.

The rail freight resumed between the two countries on Nov 1.

The start of the freight service had raised hopes that badly needed relief would be flowing across the border, but a new spike in COVID-19 cases in Dandong, across the Yalu River from North Korea’s Sinuiju has dashed those hopes.

“Since Friday, the coronavirus emergency quarantine has been bolstered in the Dandong area,” a resident of the city told RFA’s Korean Service on Sunday.

“Due to the outbreak, all public transportation networks were suspended and there is a red light up between customs offices in North Korea and China,” said the source, who requested anonymity to speak freely.

“Restaurants will have limits on the number of guests they can serve and will have limited business hours, and the police are banning large gatherings and restricting movement of people,” said the source.