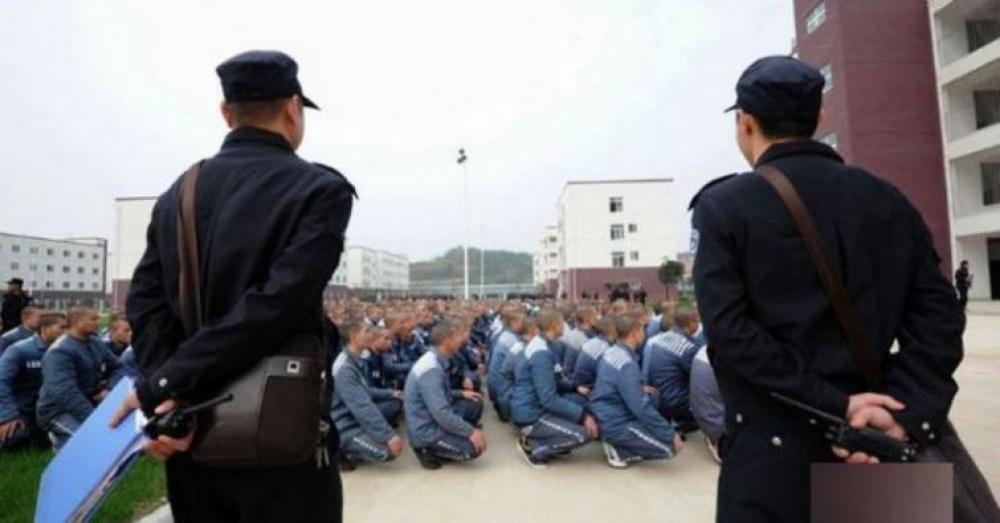 Beijing: Describing their ordeal, Uyghur Muslims have recounted to a foreign media how they were forcefully made to confess their crimes and even convicted without proper legal representation.

DW spoke to four former detainees, two men and two women from Xinjiang, a remote region in northwestern China whose mostly Muslim population has long faced repression by the Chinese authorities — including, in recent years, lengthy internment in re-education camps.

All four detainees spent months imprisoned in Xinjiang in 2017 and 2018. The interviews were conducted independently of each other, over the course of several weeks, reported the news channel.

All four recalled the day they were handed a piece of paper detailing more than 70 acts and forced to choose one or several of them. Some of the acts were seemingly innocuous, such as traveling or contacting people abroad. But most of them were religious acts, such as praying or wearing a headscarf, it said.

Since then, all four former detainees have moved to neighboring Kazakhstan, following public pressure from family members living there and, most likely, behind-the-scenes diplomatic efforts by the Kazakh government. As a result, the Chinese government has released those with Kazakh residency permits, passports and family members living in Kazakhstan, which is home to a sizable Uyghur community, reported the news channel.

The news channel said those people without outside links and citizenship have negligible chances of escaping China's vast network of repression and constant surveillance.

One prisoner was in a hospital wing inside a camp, suffering from tuberculosis he had contracted during his stay, when he was given the list. The man speaks and reads little Chinese, so fellow inmates had to translate for him into the Uyghur language, reported DW.

"They threatened us: 'if you don't pick anything, that means you did not confess your crime. If you don't confess, you will stay here forever.' That's why we picked one crime," one female detainee who was imprisoned in March 2018 told DW.

One of the female detainees told DW of the horror she felt when she was handed the list and was forced to pick a crime and sign the list. She could not sleep for days, she says — afraid she would never be able to return home.

All detainees DW spoke to agreed that the document they were pressured to sign was a numbered list of more than 70 alleged crimes.

According to the news channel, Chinese government has been arresting ethnic Uyghurs and Kazakhs and imprisoning them in what is officially called "Vocational Education Training Centers" since 2016.

However, it is tough to say how many people have been imprisoned so far.

According to estimates, at least 1 million of the roughly 10 million Uighurs and Kazakhs living in Xinjiang have disappeared into the vast network of prisons and camps, DW reported.

Chinese authorities claim that the camps were built to fight "extremist ideas" and provide Uighurs with "valuable skills", reported the news channel.