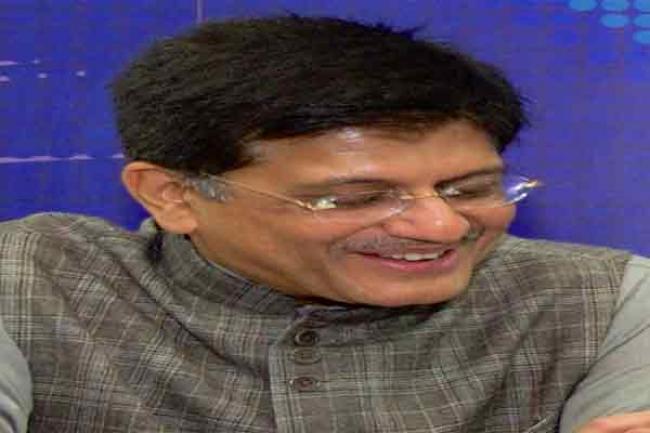 New Delhi, Jul 21 (Just Earth News): Piyush Goyal Minister of State (IC) for Power, Coal, New & Renewable Energy and Mines, informed the Lok Sabha on Thursday that the inter-state transmission lines -- mainly used for delivery of power from these generating stations to their beneficiaries in various states -- are planned and implemented as a part of the evacuation system from inter-state generation stations and also as system strengthening projects.
In his written reply, the minister said that the inter-state transmission lines i.e. the transmission lines within a region and also the inter regional lines are also used for transfer of power from surplus states/regions to deficit states/regions, subject to availability of margins in these lines.
Further, the Minister said that a number of inter-regional links have been planned, which interconnect the five regional grids i.e. Northern, Western, Southern, Eastern and North Eastern regions. Presently, the total transmission capacity of such inter-regional links is 59,550 MW (June 2016), which is expected to increase to 68,050 MW by the end of the 12th Plan in March 2017.
Goyal said that Gujarat and other power surplus states are entitled to seek Long Term, Medium Term and Short Term Open Access (STOA) for export of power to any part of the country. The nodal agency to grant of Long Term Access (LTA) / Medium Term Open Access (MTOA) is the Central Transmission Utility (CTU) and for STOA, it is the Regional Load Dispatch Centre (RLDC). In case, Gujarat or any such power surplus states intend to sell the surplus power outside the state on long term basis, they should seek long term transmission access well in advance as creation of any new transmission infrastructure takes a period of three to four years.
As per the scheme for operationalisation of Power System Development Fund (PSDF), PSDF may be utilised for creating necessary transmission systems of strategic importance based on operational feedback by Load Dispatch Centres for relieving congestion in Inter-State Transmission Systems (ISTS) and intra-state system, which are incidental to the ISTS are eligible for funding from PSDF. As per information available in Central Electricity Authority (CEA), no such scheme has been submitted by any entity till date, the Minister added.
More Development
Photos