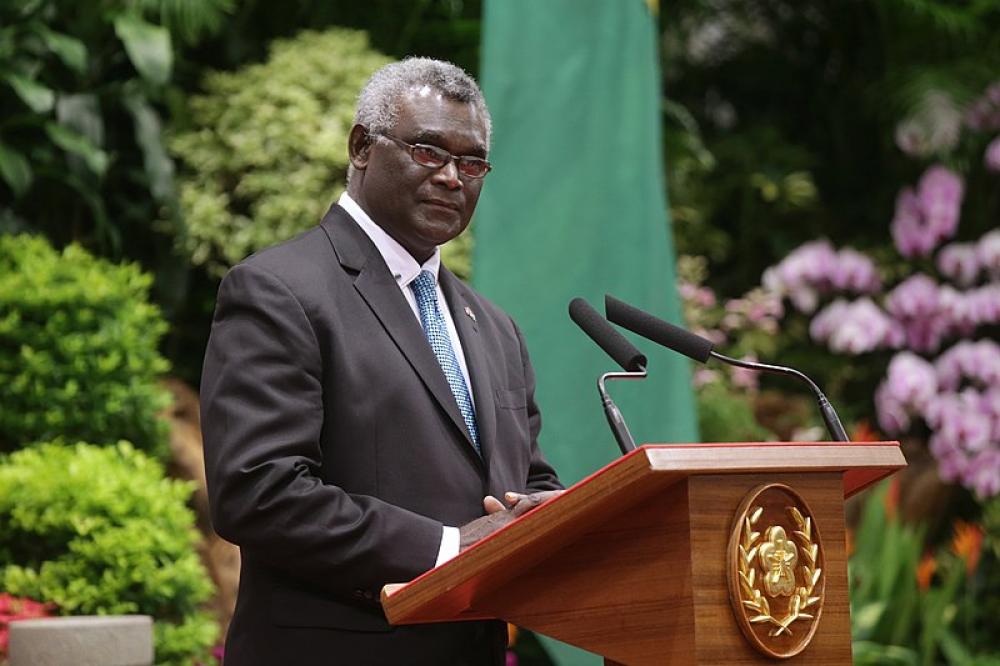 File image of Solomon Islands PM Manasseh Sogavare by Office of the President, Taiwan on Flickr via Wikimedia Commons

Honiara, Solomon Islands: Solomon Islands said it would not allow a Chinese military base in the Pacific islands nation despite its plan to sign a security pact with Beijing, after the nation received a backlash in the region.

A day after officials from the two countries initialled a draft agreement on security, the office of Solomon Islands Prime Minister Manasseh Sogavare on Friday said the agreement does not invite China to establish a military base, reports The South China Morning Post.

“Government is conscious of the security ramification of hosting a military base, and it will not be careless to allow such an initiative to take place under its watch,” a statement said.

China has been engaged in a deep conflict with many of its neighbouring nations in the past couple of years.