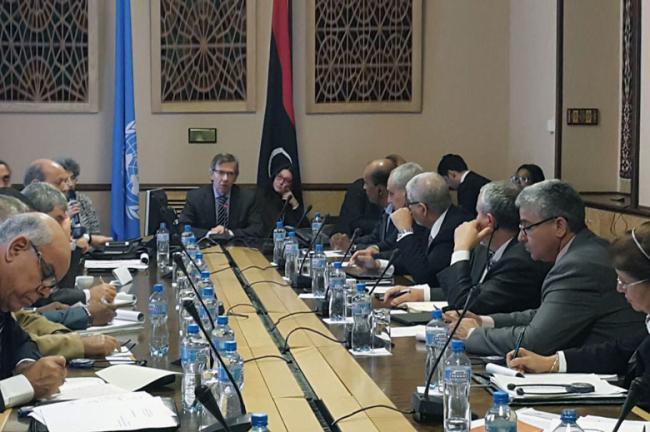 New York, Jan 27 (JEN) Libyan parties have gathered in Geneva, Switzerland, on Monday for a new round of United Nations-facilitated talks aimed at resolving the North African nation's political crisis.

The latest gathering, hosted by the UN Support Mission in Libya (UNSMIL), is a follow-up to a meeting held in the Swiss city last week, when stakeholders expressed commitment to a united and democratic Libya governed by the rule of law and respect for human rights. This time around the participants will discuss the items that were agreed on last week. On Wednesday, another meeting will bring together municipal and local council representatives from cities and towns across Libya to discuss confidence-building measures. In a statement issued over the weekend, UNSMIL appealed to all Libyan stakeholders and invited participants to approach these talks 'in a spirit of openness and reconciliation that is guided by the higher national interest of the Libyan people.' Last week in Geneva, participants agreed on an agenda aiming to reach a political resolution to form a national unity government and make the security arrangements necessary to end fighting and ensure the withdrawal of armed groups from Libyan cities. There was also a call to safeguard Libya's national unity and end the suffering of the Libyan people. In addition to mounting numbers of casualties, Libya's protracted conflict has caused a humanitarian crisis with at least 120,000 people forced to flee their homes, resulting in consequent shortages in both food and medical supplies. A recent outburst of violence has further rattled the beleaguered nation, in conflict since the beginning of its civil war in 2011 which resulted in the ouster of late Libyan leader Muammar Gaddafi. In the eastern city of Benghazi, an uptick in violence has seen 450 people killed since October 2014 as residents continue to face shortages in medical care. Moreover, upwards of 15,000 families – some 90,000 people – have been displaced.     UN Photo/Jean-Marc Ferr