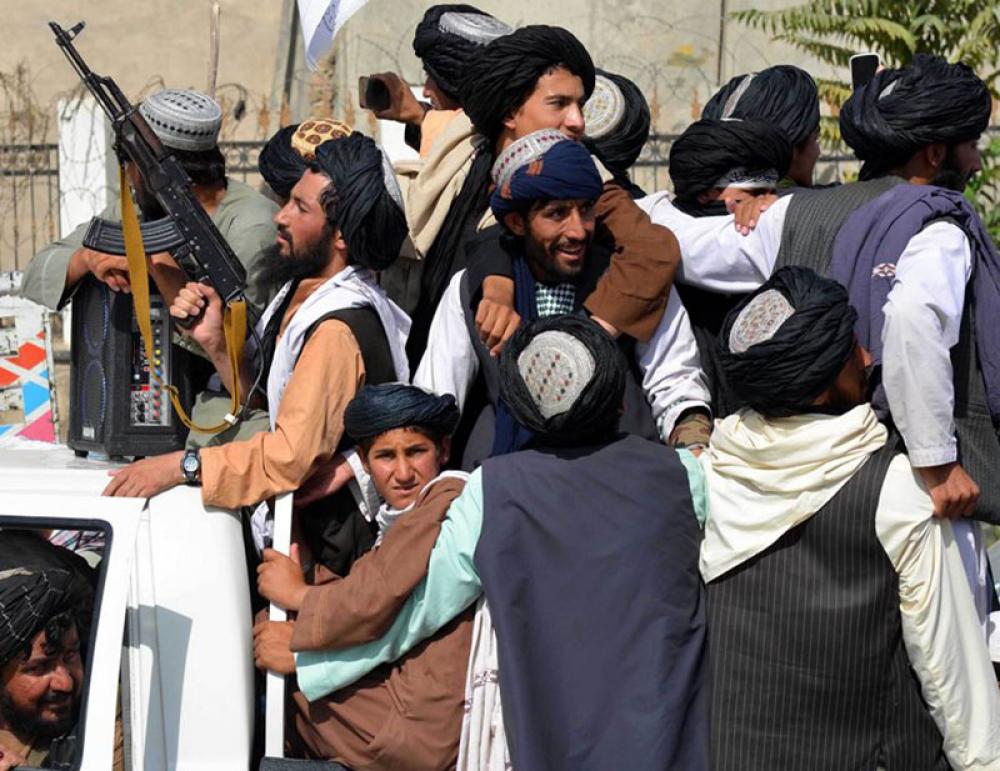 Kabul: A former female Afghanistan minister has said the Taliban cabinet, which was announced recently by the group, failed to represent both gender and ethnic diversity of Afghanistan.

Nargis Nehan, Former Minister of Afghanistan on Mines, Petroleum & Industry, and Founder of the NGO ‘Equality for Peace and Democracy’, while speaking at a webinar titled “Afghanistan and the region post - Taliban takeover" organized by the European Foundation for South Asian Studies (EFSAS), said the Taliban did not represent a popular mass movement but had capitalized on endemic corruption in the country, the relative weakness of the Afghan security forces and the absence of a unified national leadership.

Nehan argued that the military situation deteriorated more rapidly than commonly anticipated and has now reached a stage where the Taliban's victory is treated as a fait accompli by the international community, which has adopted a tactic of "wait and watch".

The Taliban's social policy and ideological orientation, Nehan argued, did not diverge significantly from that of the first Taliban regime in power between 1996 and 2001.

As the Afghan society has changed significantly since the Taliban first lost control over the country in 2001, the new Taliban administration is likely to face various governance issues.

Without advocating for a Taliban regime, Nehan argued that new governmental designs and policies should focus on ensuring social cohesion and social peace.

The international community, it was argued, should engage with the Taliban on a conditional basis that ties aid provisions to governance performance.

In this context, communication channels should be established on a multilateral-collective level rather than a unilateral-national level. 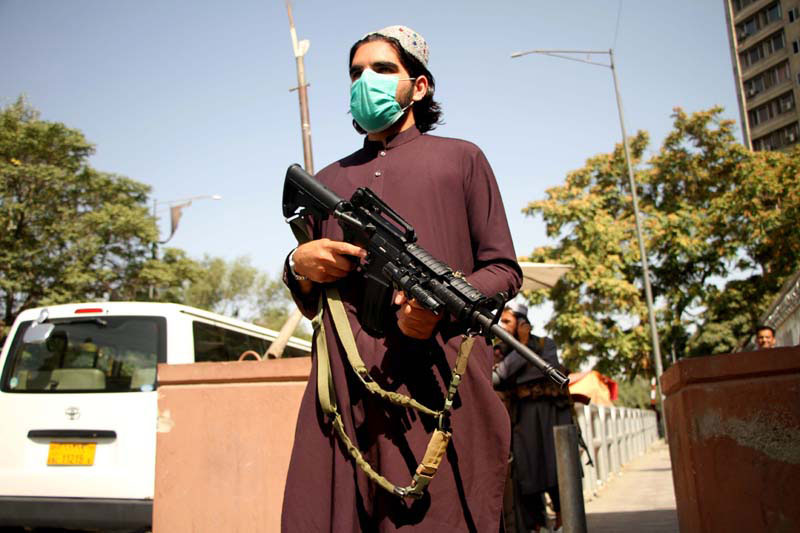 Lastly, Nehan argued that humanitarian assistance to the Panjshir Valley, which is under attack by the Taliban, must be delivered as swiftly and as efficiently as possible.

Dorothée Vandamme, Centre for the Study of Crises and International Conflicts, EFSAS Research Fellow & Research Fellow at Genesys Network, primarily focused her presentation on the role of the Pakistani military establishment in the modern trajectory of Afghanistan.

Following the partition of British India in 1947, Dr. Vandamme argued, the Pakistani military establishment has focused on ensuring strategic equality with India and preventing an encirclement along its eastern and western flanks.

In regard to the Pakistani Inter-Service Intelligence (ISI), described by Dr. Vandamme as having an almost 'mythical' reputation, she argued that the ISI has long adopted a strategy that has normalized political violence and affiliation with Islamist groups.

The structural support for factions within the Mujahideen, the concerted support for the Taliban and groups such as the Haqqani Network are cases in point as the ISI continues with providing funds, recruits, training, organizational coordination, direct military support and a safe haven.

Despite close historical ties between the Taliban and the ISI, Dr. Vandamme argued, relations between both groups are not necessarily straight forward.

The ISI's influence over Taliban policy was described as fluid over time, especially as the Taliban has sought to establish strategic autonomy.

The Taliban victory in Afghanistan may also create internal issues for Pakistan in the long run by compounding Pashtun irredentism and might also embolden Islamists in Pakistan. 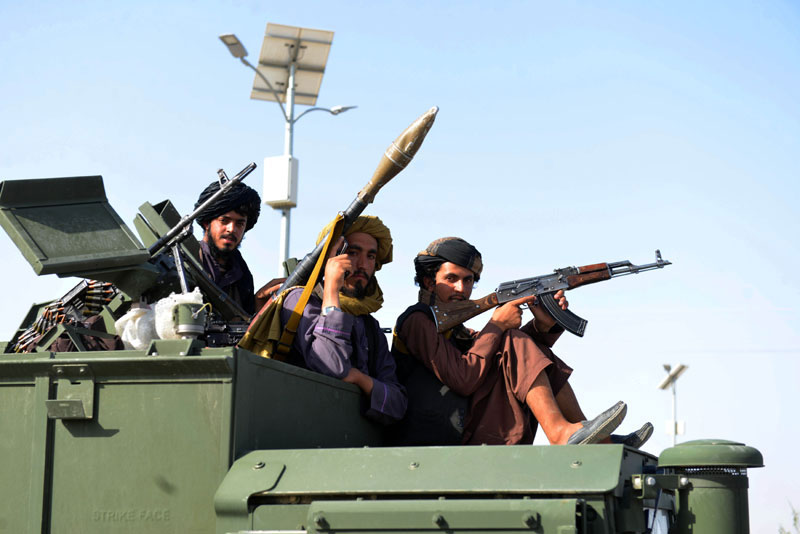 Moreover, a renewed civil war in Afghanistan, for example between the Taliban and organizations such as ISKP, could also have spillover effects for Pakistan.

Dr. Vandamme said the Taliban victory was a short-term success for Pakistan that may have negative long-term implications for the country.

Amidst the weaknesses of the Pakistani civilian government, the support for Islamist groups and inherent anti-India attitudes were concluded to be the cornerstones of the strategic culture of the Pakistani military establishment.

Timothy Foxley - Political/Military Analyst, Former Senior Analyst for the British Ministry of Defense, the Swedish Ministry of Defense and SIPRI, and currently an EFSAS Research Fellow, began his speech by stating that the international community needs to be cautious of the present developments in Afghanistan.

Narrating the history of the conflict, he argued that not much has changed from 20 years ago.

However, Foxley opined that the current Taliban government is a minority force that have a monopoly on violence and seem to enjoy very little popular support, especially given the fact that its recently formed cabinet does not represent the political and ethnic diversity within the country, this making the group not the ‘liberators’ as it likes to portray itself.

Almost in an allegorical way, the ongoing fighting in the Panjshir Valley is as of now a rallying point for resistance, manifesting the mistakes of the Taliban which might be able to occupy it but will not be able to control it, with local groups using guerrilla tactics.

Foxley further deliberated upon the fact that the Taliban is trying to juggle different interests – on one hand trying to keep people in the country, and on the other trying to make things look as much as business as usual.

Yet, as he set forth, the Taliban needs to unlock international funds and humanitarian aid, alongside with delivering governance, protecting human rights, and working on counterterrorism.

On the lines of expectations, all of the above is highly unlikely to achieve.

On the questions of how the Taliban will be able to respond to public protests and criticism, especially over time, Foxley said that the Taliban is likely to struggle with containing those opposition groups. While its victory may inspire other groups elsewhere, including in Jammu & Kashmir, the Middle East and Africa, the Taliban due to its very nationalist agenda confined to Afghanistan would initially not want to be seen as a safe haven for other terrorist groups.

Although their links with Al-Qaeda might seem to prevail in certain cases, when it comes to the Islamic State of Khorasan Province (ISKP), the Taliban has openly expressed animosity, given that ISKP, despite recent losses, still remains capable and would want to attack the Taliban in order to expose and exploit its weaknesses.

Foxley concluded his speech by remarking that there is a high probability for several civil conflicts across the country, as well as a violent opposition on behalf of the ISKP or local warlords.

Weeda Mehran, Lecturer at the University of Exeter, specialising on warlordism, conflict and peacebuilding in Afghanistan, explained how the Taliban has been seen as a violent State actor that no longer enjoys the support of the Afghan community.

Thus, if wanting to remain in power, the Taliban has to mediate between providing governance services and using violence to consolidate control, otherwise it will face uprisings.

Dr. Mehran illuminated how the narrative of tolerance that the Taliban attempts to provide is not reflected in practical behavior, and that this is particularly visible from its newly formed cabinet, which is extremely exclusive and thus devoid of any ethnic minorities or women.

As a result, segregation is likely to become the norm and female rights to remain imperiled.
In addition, while all the major services such as healthcare, education, economy and banking have completely collapsed, she argued that instead of investing in the well-educated skilled human capital of the Afghan society by further imposing restrictions, the Taliban has put its own ‘Mullahs’ in charge of these institutions, while they completely lack expertise or knowledge on these subjects and thereby are bound to endanger the socio-economic future of the country.

Another question was raised about whether the West should push back against the narrative established by Pakistan in the recent weeks that the Taliban government should be accepted. 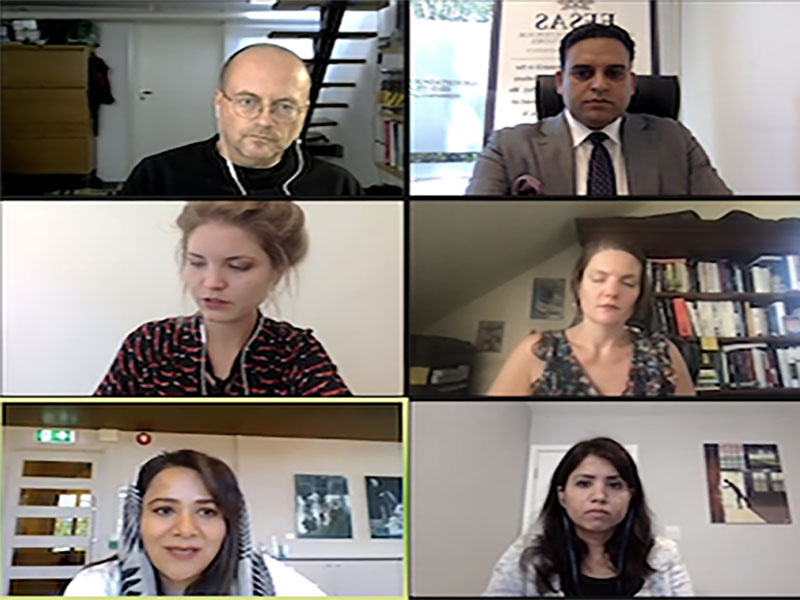 Dr. Vandamme stated that Pakistan has always pushed that narrative and not only recently. She said that the country has been waiting to be the negotiator and that the lack of long-term policies of the international community vis-á-vis Pakistan leads to a situation in which Pakistan as a nuclear State gains leverage.

Remarks of Dr. Mehran have thereby highlighted the potential spill-over effects and the risks of encouragement for other terrorist actors in the region based on the narrative of Taliban’s tangible success.

Dr. Mehran argued that India remains cautious regarding any promises given by the Taliban and that military resistance could form up against the Taliban if other terrorist organizations gain strength in Afghanistan and would become a threat to India’s interests.

This was underlined by Foxley who stated that India could play a crucial role in the anti-Taliban resistance and Dr. Vandamme who pointed out that India needs to be focused on gathering intelligence in order to protect its own strategic interests especially with regard to the terrorist threats looming.