Geopolitics
Governance/Geopolitics
Taliban says war is over in Afghanistan 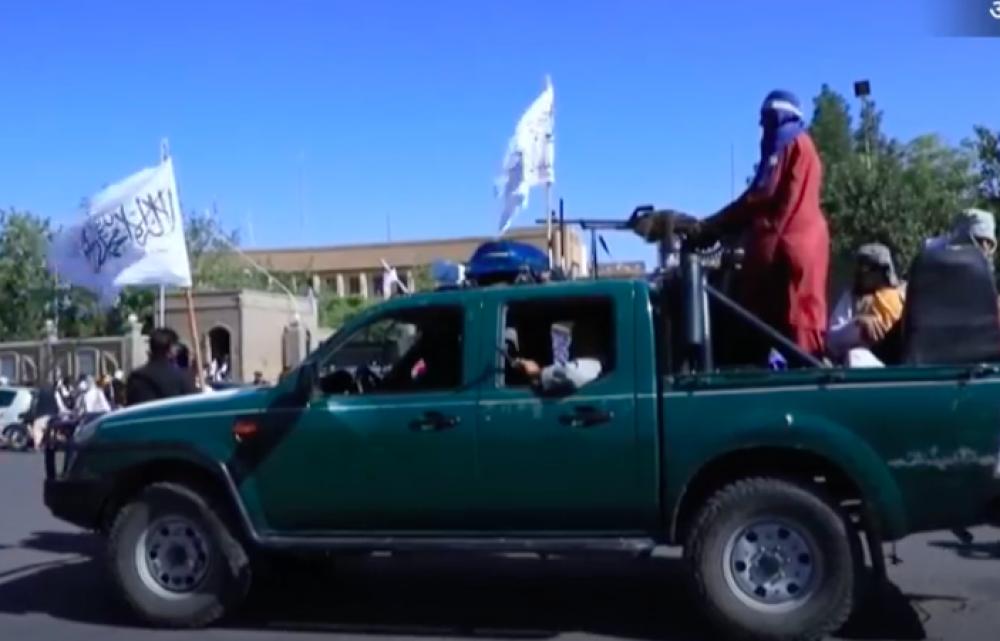 Kabul: Taliban insurgents have declared that the 'war' in Afghanistan is over after they entered Kabul on Sunday and took control over the Presidential Palace.

Kabul woke up to a new dawn on Monday as panicked gripped the city with heavily armed Taliban fighters took control of the abandoned presidential palace.

The Western nations are trying hard to evacuate their citizens.

The Afghanistanis are also moving to Kabul airport in a bid to escape the nation that has been witnessing a resurgence in violence ever since foreign forces started leaving the country.

A spokesman for Taliban’s political office toldAl Jazeera the group did not want to live in isolation and said the type and form of the new government in Afghanistan would be made clear soon.

“Thanks to God, the war is over in the country,” he said.

“We have reached what we were seeking, which is the freedom of our country and the independence of our people,” he added. “We will not allow anyone to use our lands to target anyone, and we do not want to harm others.”

Senior officials of the Taliban Islamist movement told The Times that the organization wanted absolute power in Afghanistan.

The officials dismissed media reports about the Taliban's plans to create a transitional government that would oversee the transfer of power in the country.
“We did not fight to share power with anyone,” one of the officials said.

Former US President Donald Trump said the recent developments in Afghanistan are a major failure of the current US administration.

"What [US President] Joe Biden has done with Afghanistan is legendary. It will go down as one of the greatest defeats in American history!" Trump said in a Sunday statement.

The developments so far since yesterday:

Kabul has fallen (Aug. 15), with the Taliban capturing all Districts of Kabul Province. President Ashraf Ghani, accompanied by some other leaders, fled to Tajikistan. Later, in a Facebook post (Aug. 15) Ghani claimed that he chose to leave in order to prevent bloodshed in Kabul, calling on the Taliban to “win legitimacy” and reassure the Afghan people. First Vice-President Amrullah Saleh also escaped, later tweeting (Aug. 16) that he was ‘on his soil’ with a cause of opposing Pak-backed oppression and brutal dictatorship.

Though the Taliban initially announced that its fighters would not enter Kabul, some Taliban forces did so later, ostensibly to maintain order amid the confusion and panic gripping the city. Government buildings were occupied and a Taliban flag was hoisted atop the Presidential Palace. Taliban checkpoints have been set up across Kabul. Prisons, including Pul-e-Charkhi, were thrown open, leading to the release of numerous known Al-Qaeda members and terrorists.

A three member ‘Coordination Council’ comprising Chairman HCNR Abdullah Abdullah, former President Hamid Karzai and leader of the Hezb-e-Islami (G) Gulbuddin Hekmatyar has been formed (Aug. 15) to manage the transfer of power to the Taliban. Abdullah called on the Taliban not to enter the city in order to prevent civilian casualties, adding that God and the Afghan people would judge ‘former President’ Ghani for his actions. Abdullah, Karzai, Hekmatyar, former mujahideen leader Ustad Abdul Rab Rasoul Sayyaf and several Afghan Government officials remain in Kabul, though acting Defense Minister Bismillah Khan Mohammadi escaped to the UAE.

Disorder and panic prevails in Kabul city and the Airport. ANDSF deserters and criminals have caused disturbances. Civilians trying to board commercial flights out have stormed the Airport. Flight operations are disrupted on account of ongoing Embassy evacuations, which remain in full swing. US military helicopters constantly ferried (Aug. 15) personnel from the US and other Western Embassies to the Airport. Germany and UK were rushing troops and aircraft to assist with evacuations. The US State Department stated (Aug. 16) that US Embassy personnel were evacuated to the Airport, now being defended by the US military, while the Pentagon stated that Kabul air traffic control has been taken over by US military and another 1,000 US troops were being deployed to Kabul, solely to assist with the withdrawal. In this context, the Taliban reiterated (Aug. 15) assurances that Embassies and diplomats would not be harmed and the Taliban would maintain security in Kabul.

Earlier, having already surrounded Kabul, the Taliban mopped up all remaining Provincial capitals, except that of Panjshir (Bazarak). The outfit  now fully controls 32 capitals out of 34, with Kabul at its mercy. In Panjshir however, none of the seven Districts are Taliban-controlled and Ahmad Massoud, son of Ahmad Shah Massoud, has been leading the training of militia fighters under the aegis of his organization - ‘The Second Resistance’. Ahmad has not offered any reaction on recent developments. Surrounded on all sides by Taliban controlled territory, Panjshir and Ahmad represent the last redoubt, though Massoud’s two uncles are in Islamabad.