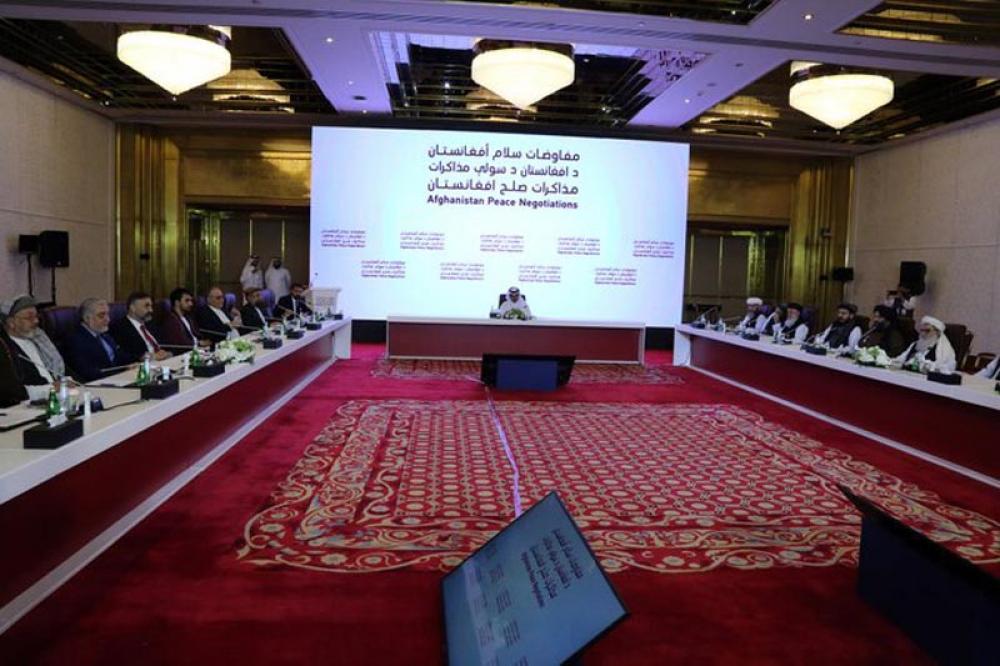 Doha: A high-ranking delegation from the Islamic Republic of Afghanistan led by Chairman Abdullah Abdullah and a Taliban delegation led by deputy leader of the group Abdul Ghani Baradar are currently meeting in Doha city on Saturday, media reports said.

The meeting is hosted by Qatar where the republic and Taliban negotiators have continued their talks for the last 10 months, but their meetings have not had tangible progress so far, Tolo News reported.

Addressing the opening ceremony of peace talks in Doha, Abdullah Abdullah, head of the High Council for National Reconciliation, was quoted as saying by Tolo News Afghans are passing through difficult days, heavy clashes are underway and the main victims are the people.

Meanwhile, the United States on Thursday urged all parties involved in the Afghan conflict to reach a negotiated political settlement and a permanent and comprehensive ceasefire.

With our trust in God Almighty & for the sake of peace in our country, Afghan negotiations entered a new stage today as we started a high-level meeting in Doha. Our thanks to the State of Qatar & all facilitators for their efforts. My introductory remarks:https://t.co/bCzktGXKMA pic.twitter.com/fGrnCYoAxN

"A peaceful, stable Afghanistan is in the interest of all of Afghanistan's neighbours and countries in the region. Regional consensus and support for an Afghan-led and Afghan-owned peace process are important for enduring peace," a state department spokesperson told ANI.

"We continue to do all we can to galvanize and support the diplomatic process toward peace. Together with the international community, we urge all parties to reach a negotiated political settlement and a permanent and comprehensive ceasefire," the spokesperson added.

Afghanistan is witnessing violence in recent times ever since the foreign troops started to withdraw from the country.

The Taliban terrorists have started capturing several regions in the war-torn country.