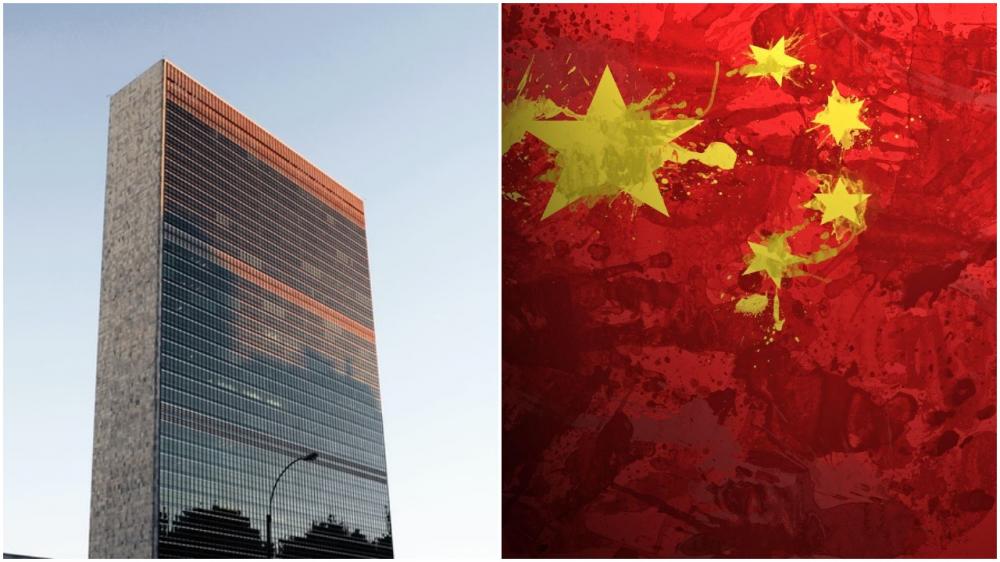 Geneva: The UN Human Rights Office is facing the heat for sharing the names of Chinese government opponents, including Uighur activists, Tibetans and Hongkongers, who took part in UN activities, for a long period of time, triggering a massive controversy.

"@antonioguterres  is going to fire me specifically because I reported @UN actively providing names of #Uyghurs, #Tibetans and other dissidents to the Chinese government.@UN is trying to stop me taking @ministerBlok to court for repeating their defamation. /1 @UNWatch," Emma Reilly, a staffer at the Office of the United Nations High Commissioner for Human Rights (OHCHR) and a human rights lawyer, tweeted as she made the striking revelation.

UPDATE: @antonioguterres is going to fire me specifically because I reported @UN actively providing names of #Uyghurs, #Tibetans and other dissidents to the Chinese government. @UN is trying to stop me taking @ministerBlok to court for repeating their defamation. /1 @UNWatch

She recently shared the emails with a Turkish news agency. She had  received them through the UN body’s internal emailing system while she was on active duty at the OHCHR.

Although the OHCHR denies the allegations, some emails among its employees, press releases and interviews have revealed that the UN shared the names of many Chinese activists and some opponents who attended panel discussions, conferences, and open sessions on human rights with the Chinese government, reports Anadolu Agency.

“I don’t actually have a job. The UN continues to pay me a salary that I have no terms of reference. They cannot fire me because they know I’m telling the truth. But they don’t want me doing any work,” she told Anadolu Agency about what she experienced after reporting the UN’s practice.

After she first found out in February 2013 that the OHCHR was leaking the names of Chinese dissidents and activists, Reilly said she immediately started reporting it.

She claimed that an OHCHR employee made false statements to the EU, and the EU did not follow up on the matter.

Reilly said she also reported the situation to Ireland, the UK, the US, and Germany.

“A lot of those member states reported to me that the UN had lied to them. Again, I give them the emails in which names were handed over.”

Asked more about the people whose information was handed to China, Reilly said most of them were Uighurs, but Tibetans, Hongkongers, and human rights lawyers are among them.

“It’s anyone that China wishes to have information about,” she told the news agency.