Geopolitics
Governance/Geopolitics
We should certainly strive to do better: China on COVID-19 handling 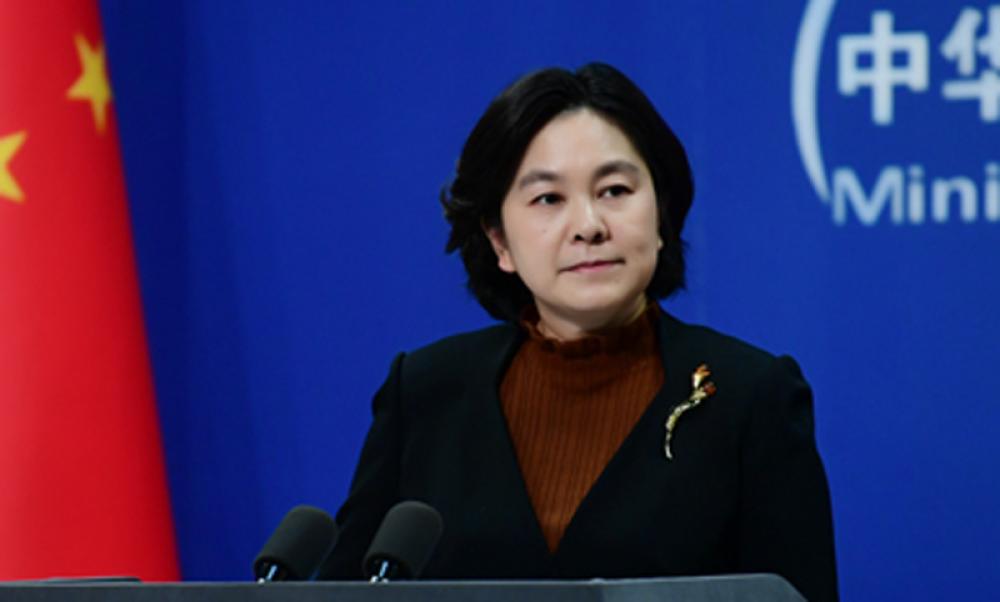 Beijing: Receiving flak, China has admitted that the nation could have done better and there is always room for betterment in handling the COVID-19 pandemic situation which is believed to have originated from Wuhan city and later spread across the globe.

"We should certainly strive to do better. Not just China, but also the United States, the United Kingdom, Japan, and all others, should try to do better, because on matters of public health, there is always room for improvement. This won't be the last major public health emergency we mankind have to face,"  Chinese Foreign Ministry spokesperson Hua Chunying told media.

"As President Xi said earlier, in view of the weaknesses and deficiencies exposed by COVID-19, we need to improve the governance system for public health security and to respond more quickly to public health emergencies. He also proposed establishing global and regional reserve centers of anti-epidemic supplies," she said.

She said: "China also supports a comprehensive evaluation of the global response after the pandemic is brought under control to summarize experience and address deficiencies."

The spokesperson said: "However, we believe such evaluation should be undertaken with a science-based and professional attitude following the principle of objectivity and impartiality."

"China will continue to support WHO in playing a crucial leading role and keep up the close communication and cooperation with it," she said.

"We also call on other countries to offer the same support and assistance to WHO's work. At the same time we are firmly against politicizing the issue of origin-tracing, which is not conducive to the joint global response," she said.

The global system for pandemic alert and response is “not fit for purpose”, highlighting the need for a new framework in the wake of COVID-19, experts appointed by the World Health Organization (WHO) said in an interim report presented on Tuesday.

The Independent Panel for Pandemic Preparedness and Response found critical elements to be “slow, cumbersome and indecisive” in an era when information about new disease outbreaks is being transmitted faster than countries can formally report on them.

“When there is a potential health threat, countries and the World Health Organization must further use the 21st century digital tools at their disposal to keep pace with news that spreads instantly on social media and infectious pathogens that spread rapidly through travel”, said Helen Clark, former Prime Minister of New Zealand and co-chair of the panel.

“Detection and alert may have been speedy by the standards of earlier novel pathogens, but viruses move in minutes and hours, rather than in days and weeks.”

‘Lost opportunities’ at the outset

The Independent Panel was established to review lessons learned from international response to COVID-19, which first emerged in Wuhan, China, in December 2019. Nearly 94 million confirmed cases and more than two million deaths have been reported globally as of Tuesday.

The panel’s second progress report said countries were slow to respond to the new coronavirus disease, noting “there were lost opportunities to apply basic public health measures at the earliest opportunity”.

Although WHO declared on 30 January 2020 that COVID-19 was a Public Health Emergency of International Concern (PHEIC), the panel found many countries took minimal action to prevent spread both within and beyond their borders.

“What is clear to the Panel is that public health measures could have been applied more forcefully by local and national health authorities in China in January”, the report said.

“It is also clear to the Panel that there was evidence of cases in a number of countries by the end of January 2020. Public health containment measures should have been implemented immediately in any country with a likely case. They were not.”

The report also outlined critical shortcomings at each phase of response, including failure to prepare for a pandemic despite years of warning.

“The sheer toll of this epidemic is prima facie evidence that the world was not prepared for an infectious disease outbreak with global pandemic potential, despite the numerous warnings issued that such an event was probable”, it said.

Pandemic response has also deepened inequalities, according to the panel, with inequitable access to COVID-19 vaccines a glaring example as rollout has favoured wealthy nations.

“A world where high-income countries receive universal coverage while low-income countries are expected to accept only 20 per cent in the foreseeable future is on the wrong footing – both for justice and for pandemic control. This failure must be remedied”, said the panel’s co chair, Ellen Johnson Sirleaf, former President of Liberia.

“The WHO is expected to validate reports of disease outbreaks for their pandemic potential and, deploy support and containment resources, but its powers and funding to carry out its functions are limited”, Ms. Sirleaf said. “This is a question of resources, tools, access, and authority.”   The report further highlighted the need to strengthen the UN’s health agency.

Countries are also urged to ensure testing, contact tracing and other public health measures to reduce virus spread, are being implemented, in efforts to save lives, particularly as more infectious virus variants emerge.

The Independent Panel began its review last September and will present a report to the World Health Assembly, the decision-making body of WHO, in May.