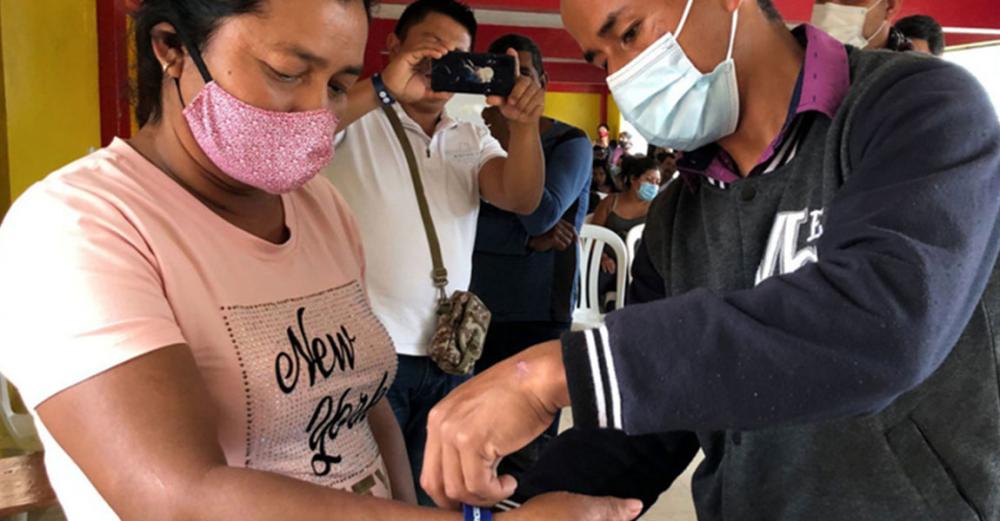 New York: Enormous challenges remain on the road to lasting peace in Colombia, where despite ongoing attacks and stigmatization, the vast majority of former FARC-EP fighters who laid down their weapons under a 2016 peace agreement with the Government, remain engaged in the reintegration process, the head of the UN mission in the South American country says.

Carlos Ruiz Massieu, presenting the Secretary-General’s latest report on the work of the UN Verification Mission in Colombia, told the Security Council that former combatants are working alongside their families and local communities to withstand the health and economic effects of the COVIDF-19 pandemic.

“Unfortunately, some of the areas that suffered immensely during the conflict continue to be besieged by violence from other actors who continue attacking social leaders, human rights defenders, former combatants and entire communities”, he told Council members on Wednesday, meeting via video-teleconference.

Recent massacres in various parts of the country are a painful reminder of how innocent civilians – including young people – are falling victim to the actions of these groups, said Mr. Ruiz Massieu, who also stressed the need to improve security for women social leaders and human rights defenders.

According to the Secretary-General’s 90-day report, illegal armed groups and criminal organizations are taking advantage of the COVID-19 pandemic – which has claimed nearly 28,000 lives in Colombia - to strengthen their social and territorial control.

During the reporting period, which ran from 27 June to 25 September, the Mission verified a total of 19 killings of former FARC-EP combatants, all of them men, for a total of 50, including two women, since the start of the year.

“Finding ways to curb the violence is imperative to deliver on the promise of the Peace Agreement,” Mr. Ruiz Massieu said, urging Colombia to finalize and implement a public policy to dismantle illegal armed groups, criminal organizations and their support networks.

Timely responses to early warning from the national ombudsman’s office could be decisive as well in reducing violence, together with a global ceasefire – as called for by the Secretary-General – that would enable Colombia to focus all efforts on coronavirus relief, he said.

Turning to other challenges, he said that land in rural Colombia remains a pressing issue for the reintegration progress, as the Government aims to purchase more plots in former territorial areas by the end of the year.

Truth and justice will out

Support for the work of the Comprehensive System for Truth, Justice, Reparations and Non-Repetition remains fundamental, as it brings victims and actors involved in the conflict together in meaningful dialogue.

He concluded by emphasizing the role of women in Colombia’s peace process, two weeks ahead of the twentieth anniversary of the Security Council’s landmark resolution 1325 (1990) on women, peace and security.

“I encourage all actors, including the Government and the FARC party, to take inspiration (from the anniversary) to redouble their efforts to fully implement the gender provisions of the (peace) agreement, together with the leadership of women’s organizations at the national and local levels,” he said.