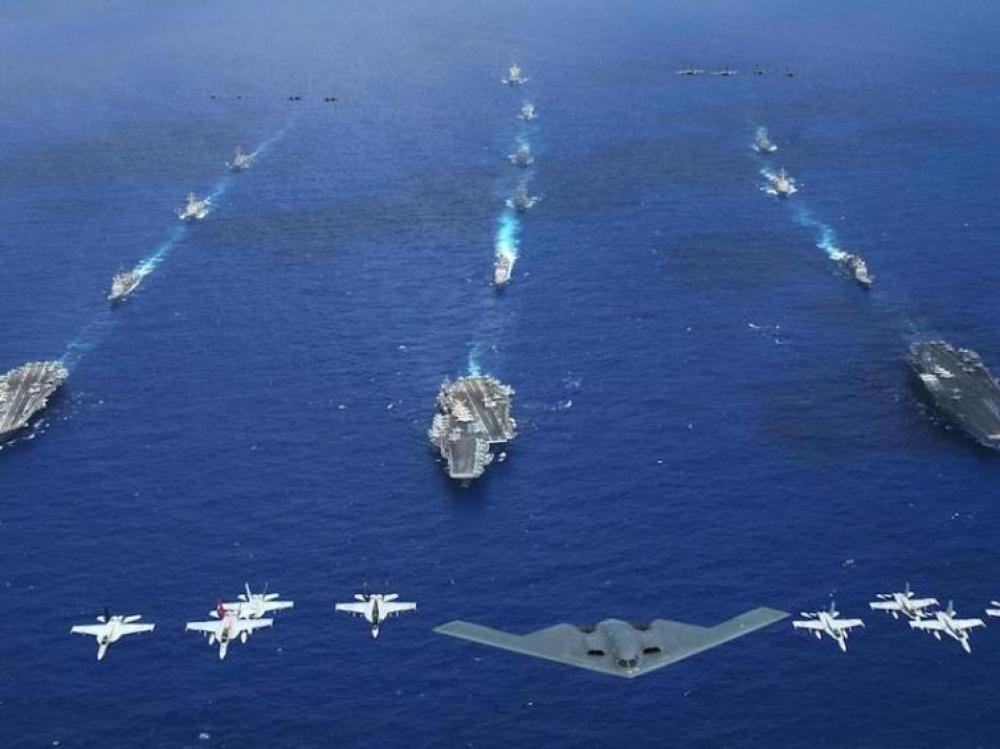 Hanoi: In a move to support the Southeast Asian nation, the U.S. and Vietnam have signed a memorandum of understanding, which includes support against illegal “intimidation” of the latter’s fishermen at sea.

VIetnam and China are engaged in a bitter standoff on the South China Sea.

The MOU, which aims to strengthen Vietnam’s fisheries management and law enforcement capabilities, was signed by U.S. ambassador to Vietnam, Daniel J. Kritenbrink, and director general of the Directorate of Fisheries (DFISH), Tran Dinh Luan. It did not specify any third party, reports VN Express International.

"The United States has a great deal of experience in managing fisheries and enforcing regulations, which we are more than happy to share," Kritenbrink said at the signing ceremony in Hanoi as quoted by the news portal.

"We look forward to working together with Vietnam to strengthen the sustainability of its fisheries and support its fishers against illegal intimidation."

While the world calls out China for its role in the global transmission of COVID-19, the Asian giant is following an aggressive stance on South China Sea (SCS) region drawing protest from Vietnam which asked Beijing to maintain its sovereignty.

Taking advantage of the current scenario where nations are busy containing the deadly COVID-19, Beijing announced it is setting up two administrative units on islands in the South China Sea.

"This is China making administrative division adjustment within the scope of its sovereignty. It is conducive to improving and enhancing Sansha City's administrative management and promoting the coordinated development of the city's economic growth and environment protection."

It said: "China has sovereignty over the Xisha and Nansha Islands and their adjacent waters, and sovereign rights and jurisdiction over the relevant waters and the seabed and subsoil thereof. In accordance with domestic laws and regulations, the Chinese government has selected and published the names of some islands and reefs of the Xisha and Nansha Islands as well as the seabed of waters under its jurisdiction.

"This is what we do regularly in accordance with law to improve marine management, which also accords with international law and international practices."

The Chinese official made the remarks after Vietnam lodged a formal protest over China's action on the SCS.

"Viet Nam's consistent stance is strongly opposed to the establishment of the so-called 'Tam Sa city' and related acts because of a serious violation of Vietnam's sovereignty, invalid and unreasonable. recognized, not conducive to friendly relations between nations and complicating the situation in the East Sea, the region and the world," the spokeswoman said.

"Vietnam asks China to respect Vietnam's sovereignty, to abolish wrong decisions related to those jobs and not to have similar jobs in the future," she said.

The South China Sea dispute, according to Council on Foreign Relations (CFR),  originates from China’s sweeping claims of sovereignty over the sea and its estimated 11 billion barrels of untapped oil and 190 trillion cubic feet of natural gas. Competing claimants Brunei, Indonesia, Malaysia, the Philippines, Taiwan, and Vietnam are riled by China's high-handedness.

The South China Sea disputes involve both island and maritime claims among these sovereign states.

An estimated US$3.37 trillion worth of global trade passes through the South China Sea annually, which accounts for a third of the global maritime trade

According to CFR, in recent years, satellite imagery has shown China’s increased efforts to reclaim land in the South China Sea by physically increasing the size of islands or creating new islands altogether.

In addition to piling sand onto existing reefs, China has constructed ports, military installations, and airstrips—particularly in the Paracel and Spratly Islands, where it has twenty and seven outposts, respectively. China has militarized Woody Island by deploying fighter jets, cruise missiles, and a radar system, said the CFR website quoting various sources.