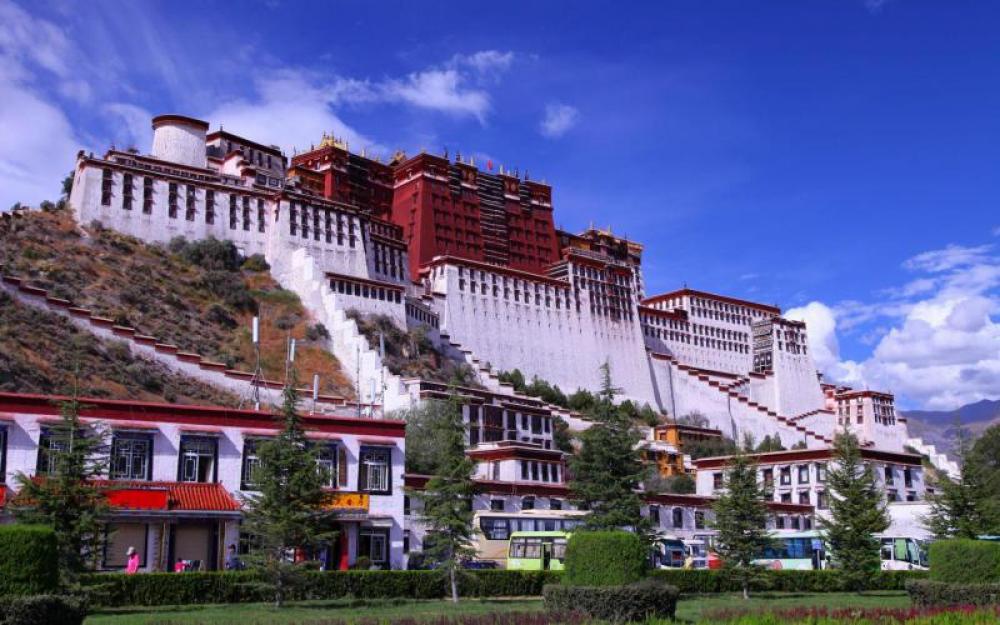 Amidst the confrontation at the LAC (Line of Actual Control) and India working towards rethinking its China policy, intelligentsia and academia came together to discuss the policy options for the nation to rethink its ‘One China Policy’ with a focus on Tibet.

The webinar is held weeks after Indian and Chinese soldiers were engaged in a standoff at the Galwan Valley.

Dozens of intellectuals came together at one platform to brainstorm on the same in a talk organised by the Usanas Foundation on "Rethinking India's 'One China Policy’: Tragedy of Tibet".

Beginning the talk, Srikanth Kondapalli threw light on the historical perspective of the One China Policy of India.

He said that the policy was initiated between December 1949 and April 1950.

However, it was only related to Taiwan in the initial period, as the Communist Party won the civil war and the Kuomintang was pushed back to Taiwan.

The Kuomintang is a Taiwan based major political party.

India had an embassy in Chongqing in the Republic of China.

We also had Consul Generals in Lhasa, Xinjiang, and other areas. Within two years, the Communist Party won the war and we had to switch over from diplomatic relations with ROC (Republic of China) to PRC (Peoples Republic of China). With the advent of the PRC, the Communist party started setting up a different kitchen,” he said.

Unfortunately, India was among the first nations to use this world ‘One China’ and recognise China, along with Burma and Pakistan.

India simply stated that Taiwan is an inalienable part of China. In about four years, we also had the Panchseel Principle sign and we started to have a nuanced position that Tibet - we began to consider it as China’s part in trade perspective,” he said.

“Every joint statement reiterated that position till the 2010 joint statement. We started deviating a bit from it after staple visas were issued to Kashmiris and Arunachalis,” he said.

He first argued that it is also a matter of power when we talk about reciprocity.

We need to learn from North Korea, which is a 50 Billion GDP nation that brought an 18 Trillion+ GDP nation - the USA to Singapore, largely on its own terms. We should start seeking reciprocity from China based on the deliverance of recognising the One India Policy.

Secondly, he said, "In conjunction with the Tibetans, Taiwanese, Uighurs, and others, we also need to coordinate activities.

Third, "Many countries have signed One China Policy - around 200 odd countries except for 15 or so,” he said.

“However, none of these got a reciprocal arrangement from China. India has to seek reciprocity with China as well as work together with all those countries,” he said.

Krishan Varma began by highlighting that China has chosen a very critical time of the pandemic to move forward their expansionist agenda.

He gave some food for thought and asked, “How do we bring along friendly nations together on this issue? What failed our strategic understanding of China?”

I believe personally, that the Chinese were able to lull us in a sense of comfort. They effectively used shrewd and skewed diplomacy. They have taken us away from the main point of confrontation - that is the boundary! Nevertheless, it is time to rephrase the One China Policy,” he said.

Highlighting the importance of practicality, he said that look at the way Chinese have done to annex neighbouring areas.

“It is not easy to roll back. Even in the current context, are we going to allow them to run away from what they have done in the South China sea?” he said.

They have thrown away all the international norms.

Are we legitimising everything that China has annexed? Are we saying that it is all China’s property that it has already annexed? Why can’t the civilised nations of the world get together to challenge the nation with uncivilised behaviour. India needs to have a new One Tibet policy, a new Taiwan policy, a new Xinjiang policy, and even a New Mongolia policy,” he said.

He said that the first issue is the serial blunders that we did in recognising Tibet as a part of China.

“Second is the internal point of view regarding Tibet. What you will see in Tibet is the kind of an air of error everywhere. You can see people with machine guns and security scanning everywhere by the communist country - who are very good at wiping out the native culture. What is amazing about Tibet is that despite all the brutality, it has continued to preserve its culture, unlike other Central Asian countries,” he said.

Talking about covert ways of denouncing the One China policy that we have agreed to, he argued that you just can’t trust a treaty that you signed with China.

You violate the treaty in principle, but not in letter. Treat One China like it treats nuclear non-proliferation,” he said.

“You swear to it absolutely and act against it on the ground. They are a cultural responsibility and strategic asset for us,” he said.

Talking about the strategic importance of Tibet, he said that as we move from a ground centric combat paradigm to an air centric warfare paradigm, Tibet becomes a huge liability for us.

“These are interception points. We have to adjust a whole set of things. Fighting Tibet on the ground is a nightmare, and fighting in the air is a dream,” he said.

Tenzin Tsundue talked about global alliances fighting against China and said that there is an entire alliance of people fighting to get freedom from China including East Turkestan, Mongolia, Hong Kong, Tibet, Manchuria, etc. this is a growing movement.

“Three years ago, we had a conference in Dharamshala where Dolkun Isa  - Uyghur leader was denied a visa in India. What kind of diplomacy is this? If you are willing, freedom will happen,” he said.