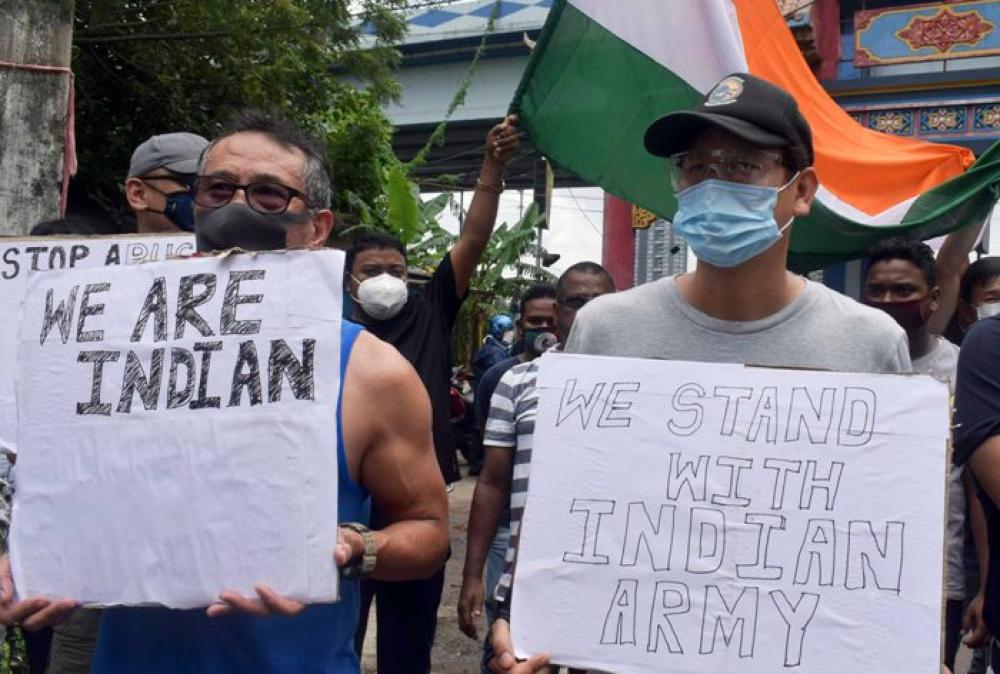 "India needs to reinforce its troops along the border but it also needs to hit them where it hurts the most (which is) the economy. Cancel contracts of Chinese firms, don't allow Huewai, boycott Chinese goods. When the Chinese see this new attitude, they will start respecting you. But till the time it doesn't happen. It will continue to dismember your country," he told India Today.

Speaking further on Chinese economy, he said: "China has a problem that its economy is export-dependent and the countries are not buying as much as they were earlier and because of Chinese aggression, countries are imposing trade barriers. China presently is seeing an unhappy people and a worsening economy and that is a sign of distress."

He said China is lashing out at countries like India out of a sense of weakness.

"You got to remember that they just unleashed the coronavirus on the rest of the world," Gordon Chang said.

He adds, "I am sure they are very sensitive about it and what they are trying to do is to change the global attention away from the coronavirus pandemic."

"Xi Jinping is just lashing out a number of countries, not just India, South China Sea, the US, Kazakhastan, Western Europe and is part of a broader project. This is extremely dangerous because if Xi Jinping faces setbacks, then he may believe that he will lose power. His threshold from the risk will be extremely low and he is capable of doing anything," Gordon Chang who authored 'The Coming Collapse of China' in 2001 told India Today.

He said Chinese economy might witness the biggest contraction due to the COVID-19 outbreak.

The highly infectious disease is believed to have originated from China.

"Xi has very few people to blame too because he has had close to total power. So he needs a victory. What he sees in regards to India is a possibility of grabbing territory from India and declaring it as a victory for China. The Chinese people would be able to know more if Xi Jinping's policy was working on the border because then the state media would be trumpeting it," he said.

During a recent border standoff between India and China, at least 20 Indian soldiers were killed.