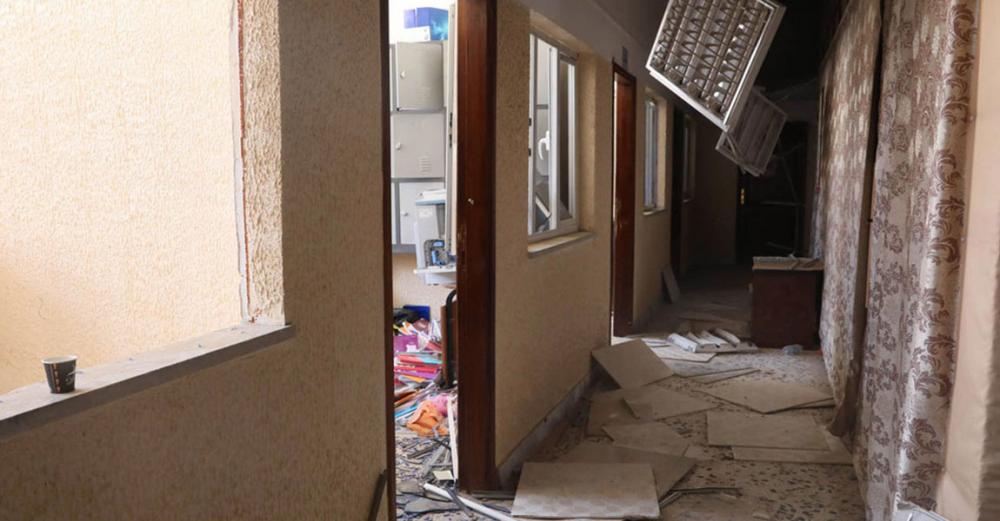 New York : The top UN official in Libya has delivered a stern message urging other nations to stop intervening in the country’s ongoing crisis.

Ghassam Salamé, head of the UN Support Mission in Libya (UNSMIL), was speaking to reporters in New York on Monday, following a closed-door meeting of the Security Council.

It was held after dozens of cadets were killed this past weekend in a drone attack on a military academy in the capital, Tripoli, located in western Libya and seat of the UN-recognized government.

Since April, the city has been under siege by the Libyan National Army (LNA), which is aligned with a rival administration in the east.

The attack on the military academy is the latest in a recent spike in aerial bombings and probably was carried out “by a country supporting the LNA”, according to Mr. Salamé.

He called for other countries to “take your hands out of Libya”, which is suffering from increasing foreign interference in the long-running factional conflict which has left the country in crisis since the fall of former dictator Muammar Gadaffi in 2011.

The UN envoy described the current situation in Libya as “particularly difficult” and “bleak”.

Salamé stressed that there is no military solution to the conflict, which could potentially have an impact on fragile neighbouring countries.

The United Nations is determined to find a way out of the current bleak situation, he said.

UNSMIL has launched a three-track process to bring the two sides together to address the economic and financial situation, military and security matters, and political dialogue.

The first track began on Monday, with representatives from the parties meeting in Tunis to discuss economic and financial concerns, he reported.

“I hope that in the next two weeks I will be able to launch the second track, concerning military and security issues: that is the ceasefire, the arms embargo, DDR (disarmament, demobilization and reintegration) process, terrorism and counter terrorism, and these kinds of issues”, he added.

“And I am hopeful that before the end of this month we will be able to launch the political dialogue, probably in Geneva.”

Salamé also expressed hope that a conference will be held in Berlin in the coming weeks to give an international "push” to efforts underway on the ground.