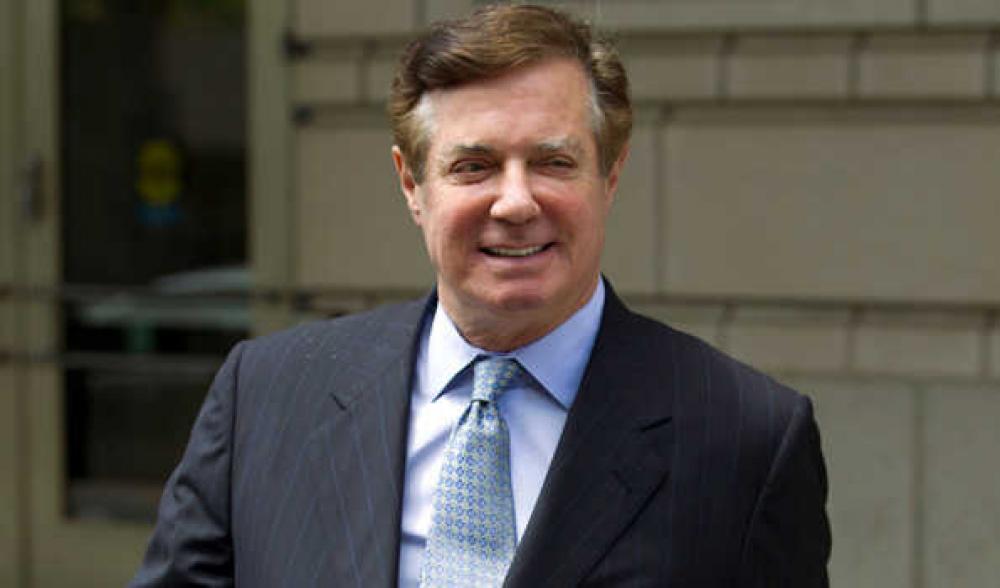 Washington, Mar 8: Former Chairman of Donald Trump’s campaign Paul Manafort was sentenced for nearly four years by a US judge for bank and tax fraud uncovered during Special Counsel Robert Mueller’s investigation into Russia’s role in the 2016 election.

US District Judge TS Ellis on Thursday imposed the 47-month sentence on Manafort, 69, during a hearing in Alexandria, Virginia, in which the veteran Republican political consultant asked for mercy but did not express remorse for his actions.

Ellis also ordered Manafort, who was brought into the courtroom in a wheelchair, to pay a fine of $50,000 and restitution of just over $24 million, the Gaurdian reported.

Manafort was found guilty by a jury last August of five counts of tax fraud, two counts of bank fraud and one count of failing to disclose foreign bank accounts.

While prosecutors had not recommended a specific sentence, they had cited federal sentencing guidelines that called for 19-1/2 to 24 years in prison.

“Clearly the guidelines were way out of whack on this,” Ellis said.

The sentence was even less than what defence lawyers had sought. They had asked Ellis to sentence Manafort to between 4-1/4 and 5-1/4 years in prison, writing in their sentencing memo that Mueller’s “attempt to vilify Mr Manafort as a lifelong and irredeemable felon is beyond the pale and grossly overstates the facts before this court.”

Some legal experts expressed surprise over the leniency of the sentence. “This is a tremendous defeat for the special counsel’s office,” said former federal prosecutor David Weinstein.

Ellis, appointed to the bench by Republican former President Ronald Reagan, called the sentence “sufficiently punitive,” but noted that Manafort’s time already served would be subtracted from the 47-month sentence. Manafort has been jailed since June 2018.

The judge also noted during the hearing that Manafort “is not before the court for any allegations that he, or anyone at his direction, colluded with the Russian government to influence the 2016 election.”

Manafort faces sentencing in a separate case next Wednesday in Washington on two conspiracy charges to which he pleaded guilty last September. While he faces a statutory maximum of 10 years in the Washington case, US District Judge Amy Berman Jackson potentially could stack that on top of the sentence imposed in the Virginia case, rather than allowing the sentences to run concurrently. Jackson was appointed by Democratic former President Barack Obama.