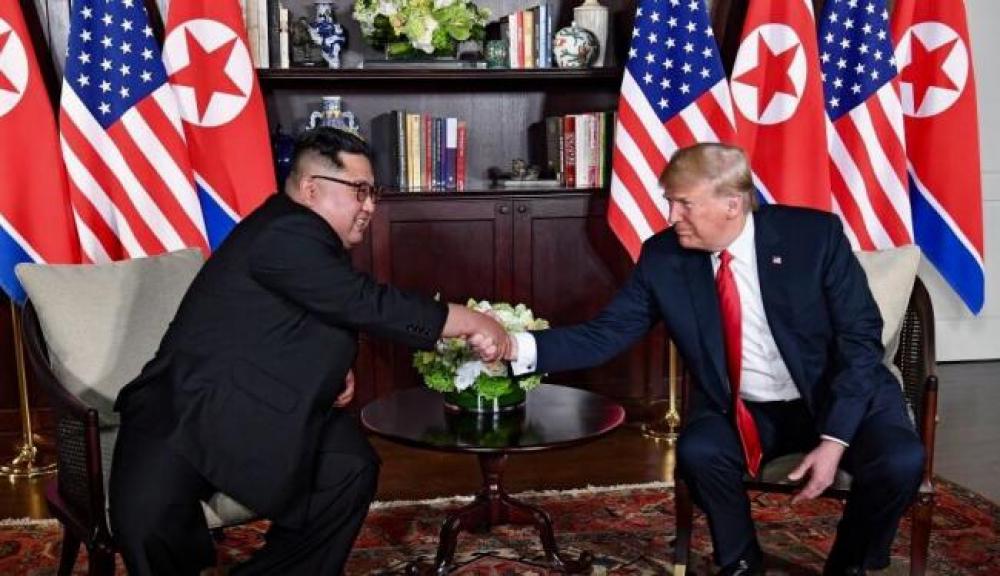 Washington: The White House on Wednesday confirmed that the meeting between US President Donald Trump and North Korean leader Kim Jong Un will take place in Vietnam on Feb 27-28.

"President @realDonaldTrump and Chairman Kim will meet again on February 27 and 28 in Vietnam," White House tweeted.

President @realDonaldTrump and Chairman Kim will meet again on February 27 and 28 in Vietnam.

This is the second meeting between the two leaders.

The meeting was held in Singapore city.

During his Tuesday's  State of the Union address, Trump was quoted as saying by CNN, "We continue our historic push for peace on the Korean Peninsula. Our hostages have come home, nuclear testing has stopped and there has not been a missile launch in more than 15 months. If I had not been elected President of the United States, we would right now, in my opinion, be in a major war with North Korea."

"Much work remains to be done, but my relationship with Kim Jong Un is a good one. Chairman Kim and I will meet again on February 27 and 28 in Vietnam," he said.

The city in Vietnam is still being discussed but the contenders are Hanoi and Da Nang, according to a source familiar with the summit's planning, reported CNN.