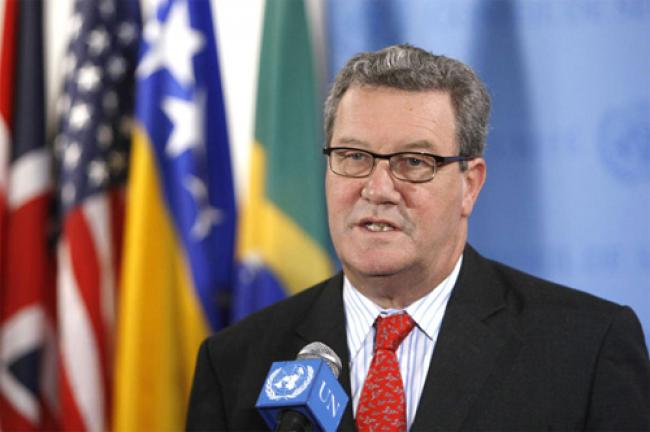 New York, Nov 2 (JEN): Concerned by the deadlock in the negotiations between the Greek Cypriot and Turkish Cypriot leaders, United Nations Secretary-General Ban Ki-moon Friday expressed the hope that the two sides would overcome the impasse next week during a visit from his Special Adviser on Cyprus.

In a note to correspondents issued this evening in New York, a UN spokesperson said the Secretary-General had been briefed by his Special Adviser on Cyprus, Alexander Downer, on efforts undertaken in Cyprus towards a resumption of negotiations since the Secretary-General met with the Greek Cypriot and Turkish Cypriot leaders in New York in September. “Recalling that Security Council Resolution 2114 dated 30 July 2013 welcomed the intention to resume negotiations in October 2013, and pointing to the limited window of opportunity to achieve a comprehensive settlement in Cyprus, the Secretary-General expressed concern that a continuing deadlock over a joint communiqué has hampered a return to talks,” the note says. It goes on to say that the UN chief expressed the hope that the two leaders would overcome this deadlock during the upcoming visit of his Special Adviser, from 4 to 8 November, and resolve any other outstanding issues so that the date for the first leaders' meeting can be set and full-fledged negotiations can resume without further delay. “The Secretary-General once again expressed his full confidence in his Special Adviser and strong appreciation for the work of the Good Offices mission in Cyprus,” the note concludes.