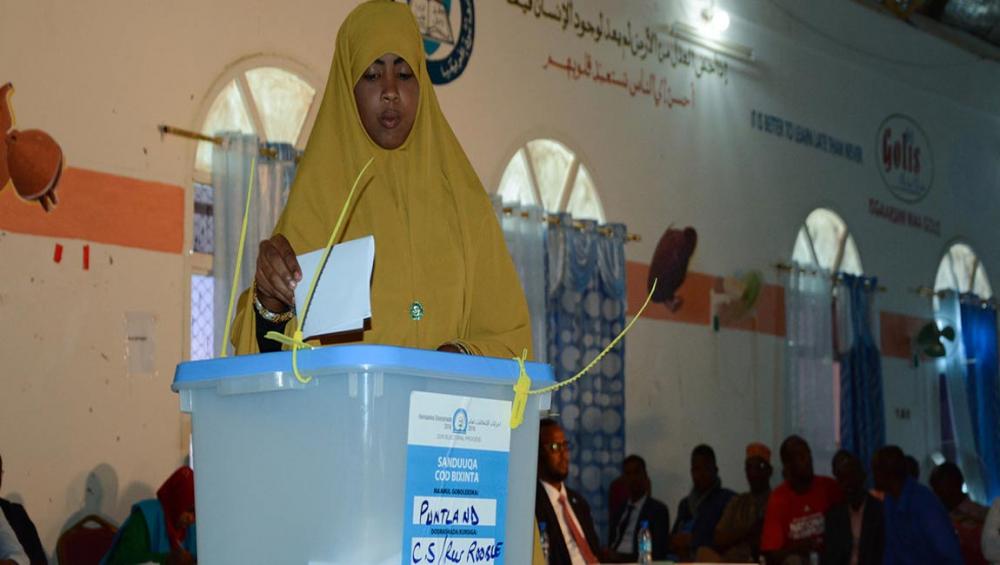 The UN’s Deputy Special Representative for Somalia, on Wednesday congratulated the newly-elected president of Puntland, Somalia’s semi-autonomous region in the country’s north east.

Said Abdullahi Deni and Mr. Ahmed Elmi Karash were elected as President and Vice-President of Puntland, respectively, on Tuesday.

Somalia's five regions - Puntland, Galmudug, Hirshabelle, South West State, and Jubaland – are in the midst of a presidential election process, which began last November, running through to the end of 2019. Voters in South West State went to the polls in November. Hirshabelle will follow on from Puntland.

The deputy chief of UN mission UNSOM, who is also UN Deputy Special Representative in the country, Raisedon Zenenga, congratulated the electoral commission for organizing and conducting a transparent, peaceful, free and fair electoral process.

"We look forward to working closely with the administration of President Deni in Puntland," said Zenenga in a statement. "We also commend outgoing President Abdiweli Mohamed Ali 'Gaas' and his administration for overseeing a peaceful transfer of power and for establishing conditions that enabled the electoral commission to conduct a successful electoral process”, he added.

Zenenga is the Officer-in-Charge of the United Nations Assistance Mission in Somalia (UNSOM), following the decision by the Somali Federal Government last week to expel the Special Representative of the UN Secretary-General for Somalia, Nicholas Haysom, declaring him persona non grata.

Haysom was accused by the Government of interfering in its internal affairs, by questioning the legal basis for the arrest of a former al-Shabab deputy leader early last month, who was a leading candidate for election in South West state.

UN Secretary-General António Guterres said he deeply regretted the Government decision to expel the top envoy, a stance backed by the 15-member UN Security Council, which cautioned that 2019 would be a “critical year” for the country which is recovering from decades of civil conflict and battling multiple challenges on the road to full political reform and economic renewal.