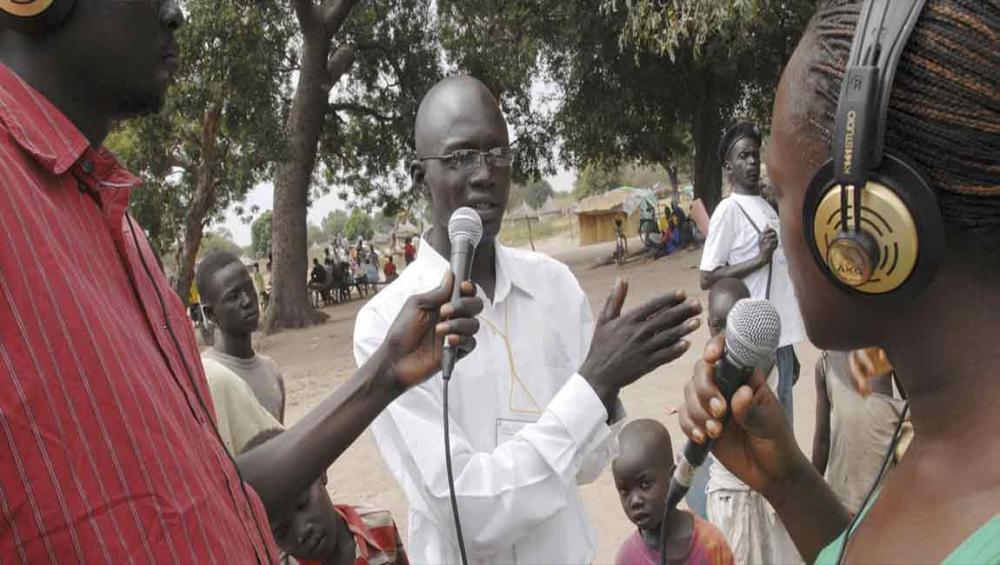 New York, Feb 14 (JEN): In an era of dramatic advances in communications, radio retains its power to entertain, educate, inform and inspire, United Nations Secretary-General António Guterres said, marking World Radio Day with a call to celebrate both radio and sports as ways of helping people achieve their potential.

Radio is a powerful, low-cost communication tool that reaches the widest global audience while also connecting people to grassroots sports within communities. “It can unite and empower communities and give voice to the marginalized,” the Secretary-General said.

The UN chief pointed out that radio is specifically suited to reach remote communities and vulnerable people, including the illiterate, disabled and poor. It also offers a platform to participate in the public debate – irrespective of people’s educational level – and has a strong and specific role in emergency communication and disaster relief.

“This year,” Guterres continued, “with the Winter Olympics now under way, we also recognize the many ways in which sports broadcasting brings people together around excitement and achievement.”

“On World Radio Day, let us celebrate both radio and sports as ways of helping people achieve their full potential,” he concluded.

In looking forward to a year of momentous sporting events that can unite the hearts and minds of people everywhere, the UN Educational, Scientific and Cultural Organization (UNESCO) said the theme of the 2018 edition of the Day – Radio and Sports – was an opportunity for radio stations worldwide to showcase the beauty of sports in all of its diversity.

In her message, UNESCO Director-General Audrey Azoulay called radio “a powerful means to transmit the enthusiasm of sport events.”

“It is also a means to convey the values of fair play, teamwork and equality in sport,” she continued, emphasizing that radio can help combat racist and xenophobic stereotypes that are expressed both on and off the field.

Radio also allows a broad range of traditional sports to be covered, far beyond the elite teams, providing an opportunity to nurture diversity, as a force for dialogue and tolerance.

“The fight for gender equality is central to this effort,” stressed Azoulay.

According to the UNESCO-supported Global Media Monitoring Project report, a mere four per-cent of sports media content is dedicated to women’s sport and only 12 per cent of sports news is presented by women.

“UNESCO is working to improve the coverage of women’s sports, to combat gender discrimination on the airwaves and to promote equal opportunities in sports media,” she stated, adding “The task is immense.”

On World Radio Day, Azoulay urged everyone to mobilize in making radio an increasingly independent and pluralistic media.

“Let us join forces to celebrate the potential of sports radio in furthering development and peace,” she said.