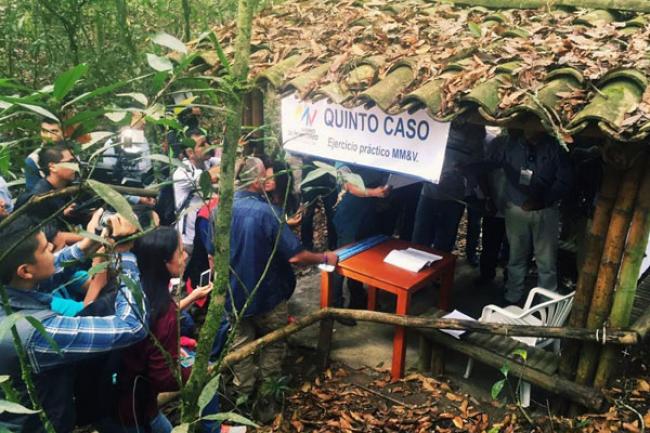 New York, Sept 14 (Just Earth News): The United Nations Security Council on Tuesday approved the Secretary-Generalâ€™s recommendations regarding the size, operational aspects and mandate of the UN Mission in Colombia, including the deployment of 450 unarmed observers and the establishment of operation in 40 locations.

The action – reflected in its unanimous adoption of resolution 2307 at a meeting on Tuesday morning – follows the adoption of an earlier resolution that established the UN political mission, as well as the agreements reached between the Government of Colombia and the Revolutionary Armed Forces of Colombia – People’s Army (FARC-EP), including the 23 June pact on a ceasefire and a peace accord to end the 50-year conflict, which was signed on 24 August. In the resolution on Tuesday, the Council said it “welcomes the Secretary-General’s report S/2016/729 and approves the recommendations therein regarding the size, operational aspects and mandate of the Mission.” In the report, Secretary-General Ban Ki-moon recommended 40 observers at the national level, 90 observers at the regional level and 320 observers at the local level, for a total of 450 observers. This was in addition to a number of civilians who will be deployed in the transitional local zones and other locations. Ban recommended that the UN Mission operate in 40 widely dispersed locations: a national headquarters, eight regional headquarters and the 23 transitional local zones for normalization and eight transitional local points for normalization established under the ceasefire agreement. The UN chief also recommended that “the Mission share with the Government the cost of activating and operating the mechanism, exclusive of government-provided security costs, in proportion to the number of United Nations observers and staff relative to the total number of mechanism personnel.” The UN Mission in Colombia, headed by the Secretary-General’s Special Representative, Jean Arnault, was established through the Security Council resolution 2261, adopted in January 2016. The Mission is mandated to provide unarmed international observers to monitor and verify the laying down of arms, and be part of the tripartite mechanism that will monitor and verify the definitive bilateral ceasefire and cessation of hostilities, following the signing of a peace agreement. According to the Mission, it will be deployed in three phases. The first phase aims to establish the UN Mission’s headquarters in Bogotá and assess conditions at the eight locations, where the UN Mission will have its regional offices. The second phase will focus on getting the Mission ready to operate at the local level along with representatives of the Government of Colombia and the FARC-EP, and the third phase will include the deployment of all UN observers, and the full operationalization of the tripartite mechanism for monitoring and verification. Colombia’s steps towards peace are the culmination of various efforts. Since 2012, the parties had been in talks hosted in Cuba. Throughout the discussions, negotiators reached agreement on key issues such as political participation, land rights, illicit drugs and victims' rights and transitional justice. In June, Secretary-General Ban travelled to Havana, where he witnessed the bilateral signing of a ceasefire and the laying down of arms and noted that the “peace process validates the perseverance of all those around the world who work to end violent conflict not through the destruction of the adversary, but through the patient search for compromise.”