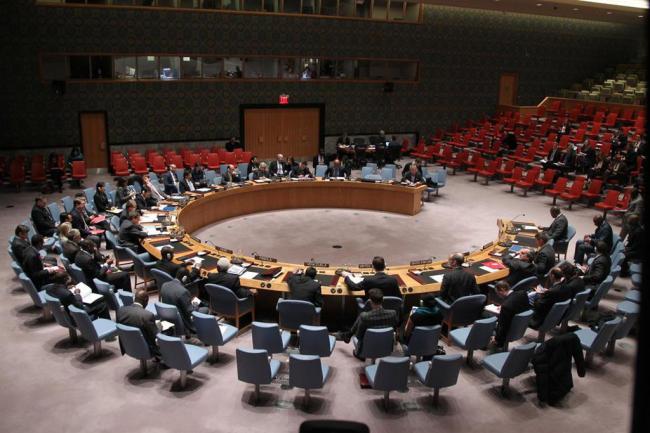 New York, Apr 16 (JEN): The United Nations Security Council has condemned â€œin the strongest termsâ€ the recent series of terrorist attacks against the embassies of the Republic of Korea and Morocco in the Libyan capital of Tripoli.

In a press statement issued  on Tuesday evening, the Council members condemned all acts of violence against diplomatic premises and recalled “the inviolability of diplomatic and consular premises” under international law while also underlining the obligations on host Governments to take “all appropriate steps” to protect diplomatic facilities. The attacks – perpetrated on 12 and 13 April and which resulted in at least two deaths and multiple injuries – are just the latest outburst of violence in Libya amid ongoing UN-facilitated talks aimed at resolving the country’s political crisis. In its statement, the UN body expressed its “deepest condolences” to the families of the victims and underscored “the need to bring the perpetrators of these acts to justice.” Moreover, the 15-member Council reaffirmed that terrorism constitutes one of “the most serious threats to peace and security” and also reaffirmed the need to combat it “by all means” and in accordance with international law. Photo: UN Photo/Devra Berkowitz (file)