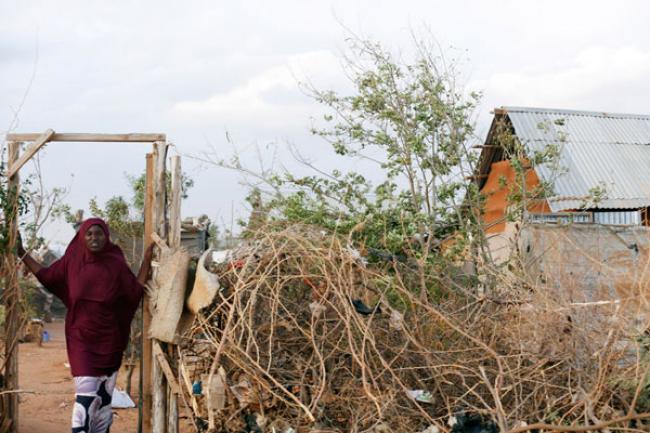 New York, Dec 31 (JEN)The United Nations has said on Tuesday that a strong response by donors to its urgent appeal for funding means that it can resume providing full food rations to refugees in Kenya in January.

In mid-November, insufficient funding forced the UN World Food Programme (WFP) to cut in half the size of food rations distributed to nearly 500,000 refugees in the Dadaab and Kakuma camps in northern Kenya. The appeal, launched alongside the UN High Commission for Refugees (UNHCR), raised $45 million, allowing a smaller ration cut in December and resumed delivery of full rations on 1 January. “Refugees depend on food assistance for their survival and we are relieved that we can now once again meet the full food needs of refugees in Dadaab and Kakuma,” said Thomas Hansson, WFP Acting Country Director for Kenya. “I thank our donors who continue to contribute generously to ensure that refugees in Kenya have access to nutritious food and hope we can all work together to prevent disruptions in the future.” Among donations to the appeal was $10 million from Saudi Arabia, $5.1 million from the United Kingdom, $1.3 million from Denmark and a $20 million in-kind contribution from the United States expected to arrive in February. Some $4.8 million was also mobilized from the UN Central Emergency Response Fund (CERF). Each month, WFP distributes 9,700 metric tons of food to refugees in Kenya, providing 2,100 kilocalories per person per day, the recommended daily caloric intake, in the form of cereals, pulses, vegetable oil, salt and a nutrient-rich maize-soya flour blend. The Agency also provides specialized nutritional support for mothers and young children. “We hope that the cuts did not last so long that it would have had a terrible impact but it’s very dangerous to reduce the amount of food that the refugees receive because they really have no other options for meeting their food needs,” said WFP spokesperson, Challis McDonough, who explained that Kenyan Government policy prevents refugees them working outside the camps, leaving them highly dependent on international assistance. During a year of extraordinary humanitarian suffering worldwide, WFP has worked to respond to several major crises worldwide. With needs increasingly exceeding funds made available, more donor backing will be essential in 2015. “What we’re looking at is humanitarian needs globally that are just enormous and rising so quickly that they are just outstripping the resources that are available to meet them,” said  McDonough. “Everybody realises that something else has to be done.” Stressing that the WFP would continue striving to meet the food needs of refugees in the Kakuma and Dadaab camps, she underlined the importance of resolving politically the conflicts in Somalia and South Sudan that were responsible for most of the refugees in the two camps. “We want to make sure that until the conditions are right and safe for them to go home, that we do continue to meet their needs so that there is no chance that people might return home because they don’t feel that their needs are going to be met in Kenya and therefore that maybe their returns are anything other than voluntary,” said  McDonough.

A displaced Somali woman stands at the entrance to her temporary home at the Ifo 2 Refugee Camp in Dadaab, Kenya. UN Photo/Evan Schneider