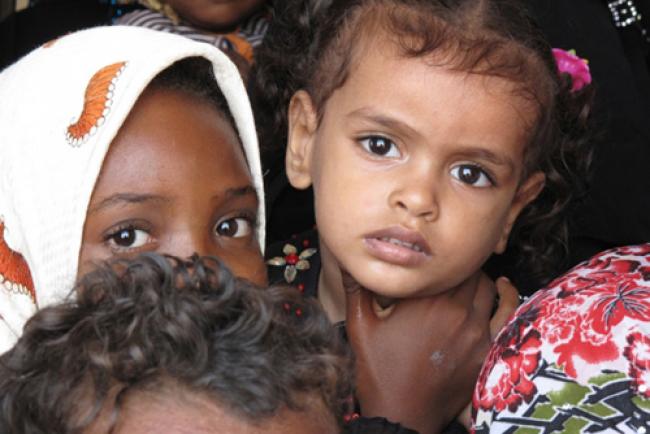 New York, July 16 (JEN) A new United Nations survey has found that over 10 million Yemenis â€“ more than 40 per cent of the population â€“ do not know where their next meal will come from.

The Comprehensive Food Security Survey, conducted by the UN World Food Programme (WFP) and the UN Children’s Fund (UNICEF), shows that Global Acute Malnutrition (GAM) rates in Yemen are serious across most of the country and at emergency levels in some areas. The agencies said around five million people were found to be severely food insecure, suffering from levels of hunger where external food assistance is generally required, and the prevalence of chronic malnutrition among children under the age of five is beyond the international benchmark of “critical.” Levels of food insecurity showed a slight decline from 45 per cent to 41 per cent, since the last similar survey in 2011, but there were huge variations among different governorates. In the northern governorate of Sa’ada, almost 70 per cent of people were food insecure, compared with fewer than 10 per cent in Al Mahra in the east. Rural areas are worst affected, according to the survey, which is usually held every two years. Similar disparities are evident in malnutrition rates in different parts of the country, with GAM rates ranging from critical, denoting an emergency, in the western coastal governorates of Taiz, Hodeidah and Hajja, to serious or poor in almost all other governorates. “I am saddened by these continuing high rates. WFP’s new operation, which will feed six million people, aims to address the problem,” said WFP Yemen Country Director Bishow Parajuli. “We are now focusing more on building sustainable livelihoods and resilience, so that people are able to help themselves.”  Parajuli added that food insecurity had an impact on the stability of the country, which has been undergoing a democratic transition. “For the political process to succeed, people need to be able to live normal lives and not have to worry about where their next meal is coming from.” Twelve governorates have critical levels of stunting, a condition caused by chronic malnutrition in which children fail to grow properly over time and never reach their physical and mental potential. “Children remain the most vulnerable in terms of food insecurity and malnutrition in Yemen,” said Jeremy Hopkins, Acting UNICEF Representative in Yemen. “Of the estimated 4.5 million children under the age of five, more than 2 in 5 are stunted while almost 13 per cent are acutely malnourished.” He added that UNICEF will continue to partner with WFP in ensuring a coordinated response to address severe and moderate acute malnutrition, especially in areas of greatest need.